With the increasing demand for customized office furnishings, Versalink has re-established itself with HOMAG in terms of production technology in recent years. 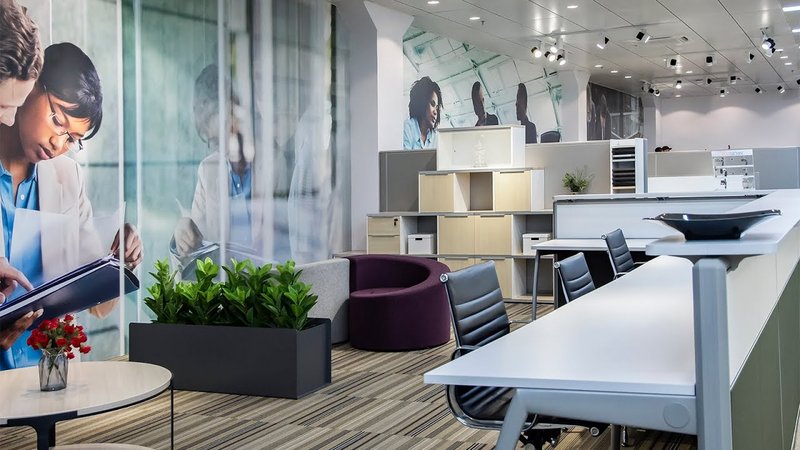 Versalink convinces with performance by design and grows with HOMAG

Recently, the furniture industry in Malaysia has become one of the largest industries in the Southeast Asian country. At the same time, the country became one of the world’s most important furniture exporting nations. With an estimated export volume of $3.1 billion USD, it was ranked 15th in the world in 2019.

Production in the flow

Along with the growth of Malaysia as an important export nation for furniture, the company Versalink has undergone major transformations as a manufacturer. Versalink is a Malaysian office furniture producer that was founded in 1991 in Kang, near Kuala Lumpur, and operates in the upper price segment. At its beginnings, the company was a small carpenter’s workshop producing exclusively for the local market, but in 1993 it began to export on a larger scale. Since going public in 2014, the company has gradually made the transition from the production of office furniture, which is produced on a purely serial-basis, to customized production. The background for this was, among other things, that in Southeast Asia, as in large parts of Asia in general, the desire for customized furniture was on the rise. To date, Versalink production has largely been characterized by series production, but now it has been specifically complemented by opportunities for competitive batch size 1 production.

In a second expansion step, the line was supplemented by intermediate storage, from which frequently required standard parts can be picked up. The basic principle for the implementation of batch size 1 production is that Versalink works with a STORETEQ S-500 storage system. A large variety of materials is used for the production of office furniture and up to 30 decors alone have to be stored and managed. The storage facility also provides detailed information on which of the materials are processed most frequently, so that this information can be used in future production planning.

Thanks to the storage facility, even residual parts can now be used fully automatically and economically. The storage facility is linked to an HPP 300 panel saw via standardized interfaces, which takes on the cutting of the raw material. The HPP 300 (SAWTEQ B-300) is a safe choice for connecting to different storage systems, and is suitable for batch-size 1 production as well as for smaller series production, especially as the saw can be retrofitted with various options and can therefore grow with requirements. Before the parts cut with the HPP 300 are edged, they run into a material buffer, which ensures the supply of the edging machines as required.

A single-sided KAL 370 Ambition (EDGETEQ S-500) edge banding machine with a LOOPTEQ O-300 part return anda KAL 310 then take on the complete edge banding process. Not only can the machines process a wide range of materials from high gloss to melamine and PVC, but in the glue application system, Versalink can also easily switch between different colors or types of glue. The edging is followed by CNC processing on a BMG 311 (CENTATEQ P-310) and two BHX 500s (DRILLTEQ H-600). The required milling, drilling and grooving work is carried out quickly and precisely here. In particular, the two BHX 500s (DRILLTEQ H-600) make it possible to process two workpieces at the same time to ensure a high throughput.

Finally, the completely processed components are packed with a PAQTEQ C-250 cardboard cutting machine. For this purpose, the machine produces exactly the packaging required for the respective components, with high volume utilization rates as well as optimized shapes and unit costs.

In addition to the implementation of the flexible batch size 1 line in its various hardware and software components, HOMAG has also taken on and optimized other areas of responsibility at Versalink. This includes production planning and the loading of orders into the respective production lines, as well as the optimization of production preparation and the associated tasks on IT systems such as CAD/CAM, ERP and MES.

Responding to challenges with transformation

The increasing desire of customers for customized office furniture, as well as short delivery deadlines and the resulting quick orders had repeatedly led to delivery delays in the past with Versalink’s series production. With its product portfolio, which also includes classic series furniture and furniture in the project business, the company has also been exposed to massively increased cost and competitive pressure since going public. Applications for projects in the Chinese market are an example of this. Today, Versalink is responding to this bundle of challenges with the next transformation step in production: batch size 1 production on a production line from HOMAG.

Matthew Law, CEO of Versalink in an interview

The Malaysian company was founded in 1991 and for years series production was the dominant manufacturing principle used there. With the increasing demand for customized office furnishings, Versalink has re-established itself in terms of production technology in recent years. Customized production systems from HOMAG make this possible. The Schopflocher company spoke to Matthew Law, CEO of Versalink.

Read "Matthew Law in conversation" at our HOMAG Magazine.

Versalink is a Malaysian office furniture producer that was founded in 1991 in Kang, near Kuala Lumpur, and operates in the upper price segment. At its beginnings, the company was a small carpenter’s workshop producing exclusively for the local market, but in 1993 it began to export on a larger scale.

Operation made easy: Working on a CNC machine has never been so easy an convenient.

Every packaging as a custom-made suit

For a wide spectrum in the material flow