In 2019, WEINMANN presented the production of the future at LIGNA — the smartPrefab. The first system of this type is now being realized at WeberHaus, one of the leading manufacturers of prefabricated houses in Germany. The first subsection has already been completed. 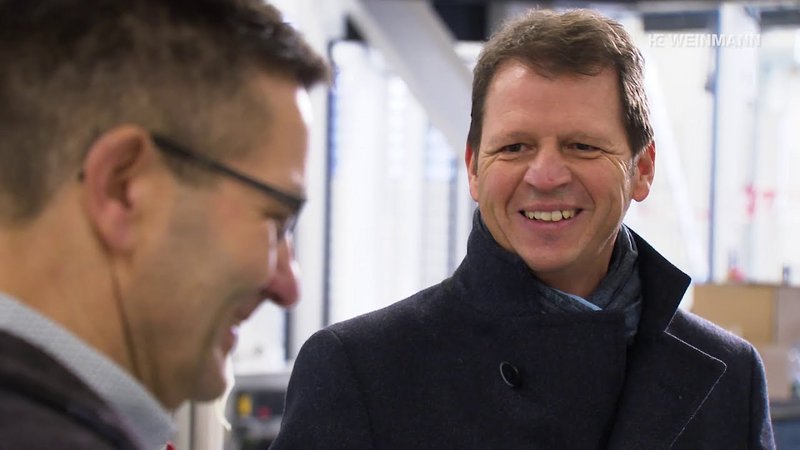 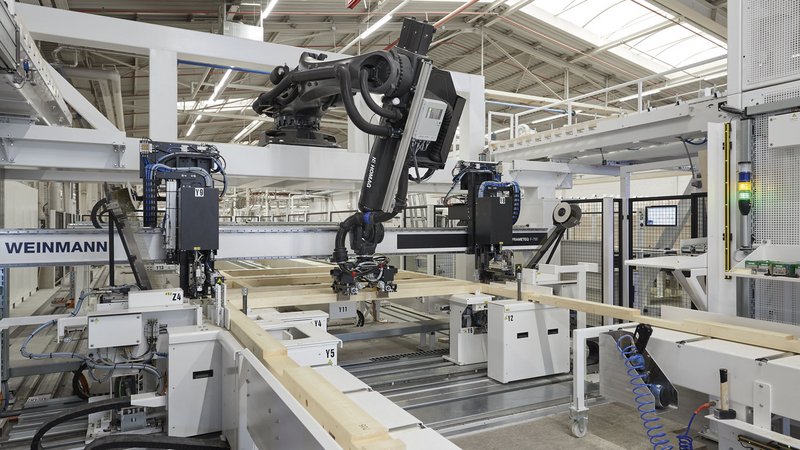 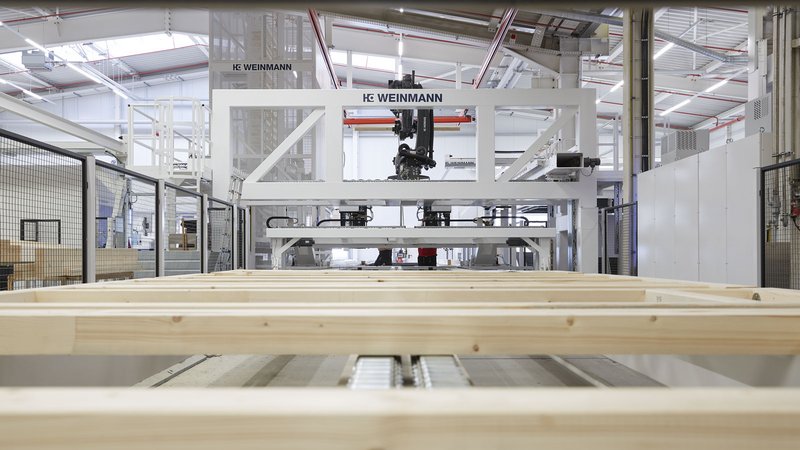 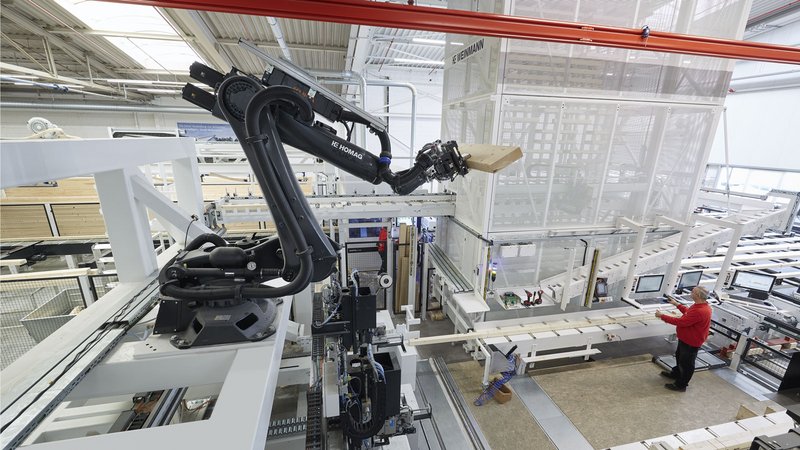 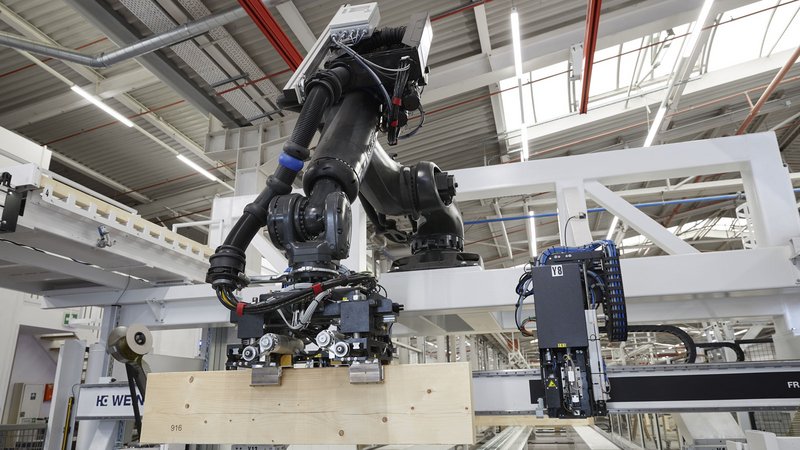 First insights into the new plant technology, in which robots are used throughout.

The first subsection has already been completed. Image source: WeberHaus

The robot handles studs with a weight of up to 75 kg. Image source: WeberHaus

Autonomous cells that work fully automatically within a network open up new possibilities for timber construction. For this highly automated production, WeberHaus extended the production hall by 2000 square meters. "We expect a high level of flexibility and precision from the use of robotics," states Gerd Manßhardt, Managing Director at WeberHaus. "We also wanted to focus on introducing ergonomic workstations and thus ease the physical burden on our employees," continues Manßhardt. At WeberHaus, the link between modern production and traditional woodworking shops is thus perfected.

At the first station, the robot integrated by WEINMANN in the frame work station inserts the studs in the frame work fully automatically. In doing so, the robot accesses both standard beams and special beams, as well as top and bottom plates with lengths from 700 mm up to 3500 mm. Longer top and bottom parts are fed in directly from the WEINMANN carpentry machine. The maximum part weight that a robot can pick up is 75 kg. The robot collects the timber from two provision stations, depending on whether the studs are processed or unprocessed. The timber is deposited crosswise, longitudinally or diagonally depending on whether it is a plate, stud or spandrel beam, for example. There are different insertion procedures for the different woods.

The next section will be implemented at WeberHaus during the summer vacation shutdown in 2021. The panels, which have already been cut to size in the nesting procedure in the HOMAG CNC panel processing center, are provided to the robot via transport carriages. The robot picks the panels up, measures and detects them fully automatically and deposits them on the frame work. A second robot then secures and processes them. The panels are deposited and secured in parallel operation. The entire system is controlled by an MES system from WEINMANN's partner Granit. "This production system is the first system worldwide that is completely automated with robotics," concludes Jörg Groß, manager of the project department at WEINMANN.

Building the future together