Nordhus is specialized in the modular construction of multi-story buildings. The modules demonstrate a higher level of prefabrication than the more simple element method. 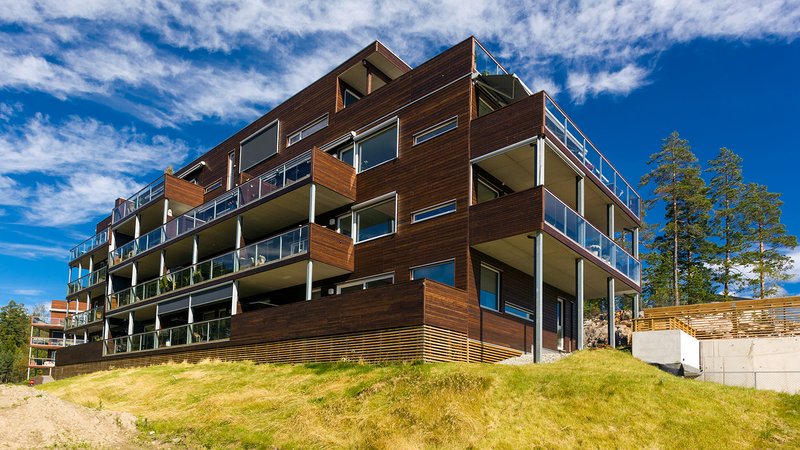 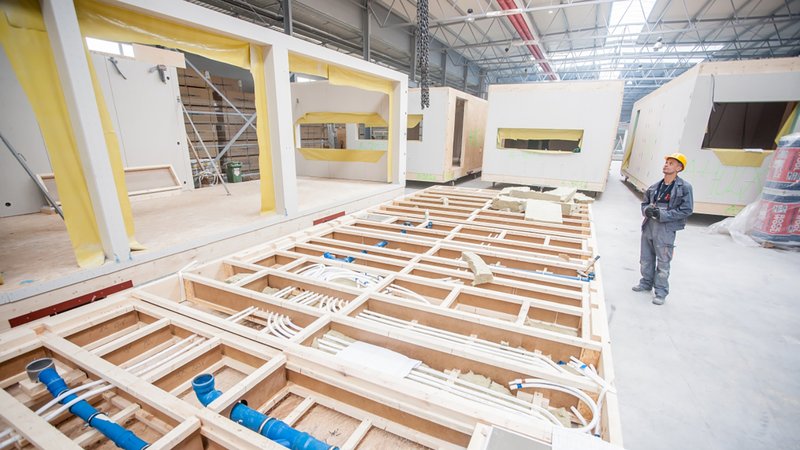 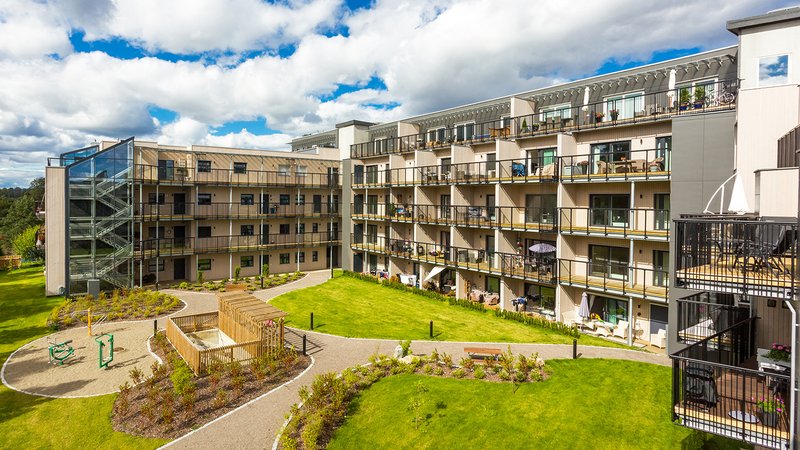 All elements are produced completely in the factory

What began as a workforce of just 10 employees in 2011 has developed into a model company for prefabricated construction with a team of 300 employees in less than six years. Around 1000 prefabricated construction modules are produced each year on an enormous company site of 35,000 m² and a production area of approximately 10,000 m².  With annual sales of EUR 25 million, the company, which is managed as a corporation, is one of the three largest Polish manufacturers of prefabricated houses. The residential units produced are sold not only in Poland but are also enjoying growing popularity in Scandinavia.
We spoke to the Nordhus sales manager Krzysztof Żebrowski.

Performance: Mr. Żebrowski, how does it feel to work in a city which accommodates three renowned prefabricated house factories which all accommodate WEINMANN technology?

Żebrowski: It's true, Bielsk Podlaski appears to be the Polish Mecca for prefabricated houses. The largest Polish prefabricated house companies, Danwood, Unihouse, and Nordhus, work less than 5 km away from each other as the crow flies, processing material for around 1,650 houses each year. And it's no secret that all three companies use WEINMANN production lines.

Performance: Have you been using WEINMANN machines from the very beginning?

Żebrowski: Yes, we have. WEINMANN was involved in the planning, which meant that we were able to complete the subsequent processes quickly and easily. The machines were set up and commissioned within the shortest time possible. WEINMANN trainers conducted the training for our machine operators, which lasted several weeks, on site in our premises.

Performance: What services do you offer your customers?

Żebrowski: It's important to us to offer our customers complete processes. This means that a project encompasses all steps — from planning and production to transport, assembly and turnkey handover of the building.

Performance: How many houses do you build every year and what method do you use?

Żebrowski: In addition to the proven production of detached and town houses, we have also specialized in the modular construction of multi-story buildings. The modules, which are composed of floor, wall, and ceiling elements, demonstrate a higher level of prefabrication than the more simple element method of construction and are ideal for large projects such as apartment buildings, hotels, or student halls of residence. At the same time, they offer our customers a high cost- and time-saving potential. We use various wood materials, such as glue-laminated timber, laminated veneer lumber, cross-laminated timber and I-beams. Our business idea is to cover as many work steps as possible within the factory itself. For example, we not only lay tiles and parquet flooring in the factory, but also install furniture and devices.

Performance: Of course, no two projects are ever the same. Which construction sites have been particular challenges for you in the past?

Żebrowski: In 2016, we received an order to tear down an outdated single-story school building and build a new two-story building on the same site. This was no great challenge in itself, but we had only the summer vacation period to complete the entire project. The objective was for the children to be able to use the new building immediately after the end of the summer vacation. We overcame this construction challenge: The building was inaugurated after less than 100 days. During this short time, as the general contractor we tore down the old building, laid the foundations and built the new school using the panel construction method, including the facade and interior fittings work. It was only the construction of the sports hall that we subcontracted out, because this was a steel construction. The largest building project we have completed so far was the "G27" in Jessheim (Norway), a 5367-m² residential construction project over five floors, encompassing 70 apartments. From the beginning of production to the final handover, it took only eight months. The prior planning phase, which extended over almost 12 months, was the most time-consuming block.

Żebrowski: We produce all the elements with the WEINMANN line. Due to the high level of orders, we are increasingly running a two-shift operation. The production process for the wall elements begins with the automatic creation of the framework using the WEM 150 frame work station. The WMS multifunction bridge is then used to apply the planking (e.g. plasterboard panels) to the frame work. A work table then turns the element automatically. After the turning operation, the insulating material is inserted and the required electrical and sanitary installations executed. The second side of the element is then planked and formatted. We also use the multifunction bridge for this process. The significantly larger floor elements are produced in a similar way, using four different assembly tables (WTW). All elements are produced completely in the factory which involves painting, parquet, and tiling work The complete prefabricated modules are brought to the construction site by truck or ship.

Performance: What was the main reason to invest in a WEINMANN system?

Żebrowski: Due to our previous positive experiences with WEINMANN, we decided to continue to work with this manufacturer. We are very satisfied, both with the performance of the machines and with the quality of the training offered for our employees. We can only meet the requirement to produce consistently high quality if the interaction between human and the machine is supplemented optimally.

Performance: Would you like to give us a forecast for the future of the Polish prefabricated construction sector?

Żebrowski: I am convinced that timber prefabricated construction will experience further extensive growth in the coming years. Our company is still young and therefore, we are aiming for further growth. In particular, in addition to the Norwegian market, which is very important to us, we want to open up further markets. Our aim is to use the system in two-shift operation on a permanent basis. To achieve this, we have to convince our fellow countrymen that multi-story timber construction works well. The Nordic countries no longer need persuasion. For years they have been investing in sustainable, energy-saving, healthy and ecological timber construction methods — even for urban multi-story construction. It is said that the 19th century was defined by steel, the 20th century by concrete, and now, in the 21st century, we are returning to wood but in a very modern way. This is where we see the future for customers, investors, and for manufacturers.

Performance: Mr. Żebrowski, thank you for talking to us.

We focus mainly on producing and building multifamily and social buildings as well as single family house estates for developers and local governments. Our name defines the subject of our activity and fundamental markets “Nordhus” in the Scandinavian languages ​​means “north house”.

Fully automatic and complete solution for the assembly of frameworks

Automation: with a lean combination of CAD software and a carpentry machine, carpenter Marco Büsing…