Canada: Growth through courage for risk-taking

When the Canadian furniture manufacturer Cutler was seeking a new place of location, it was necessary to consider many parameters. 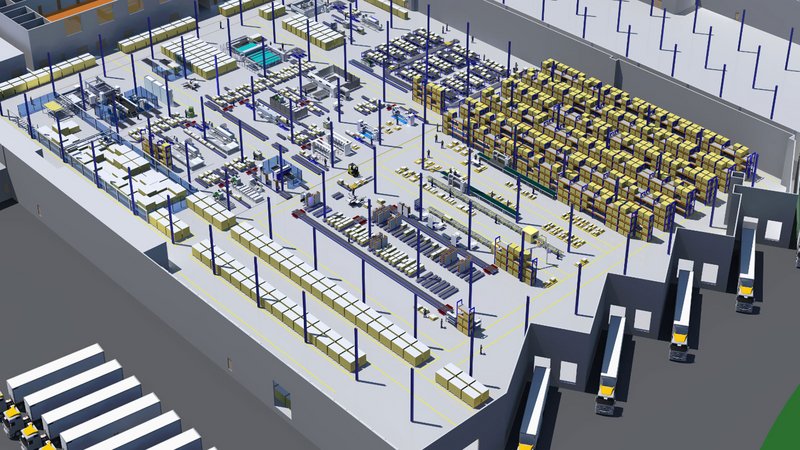 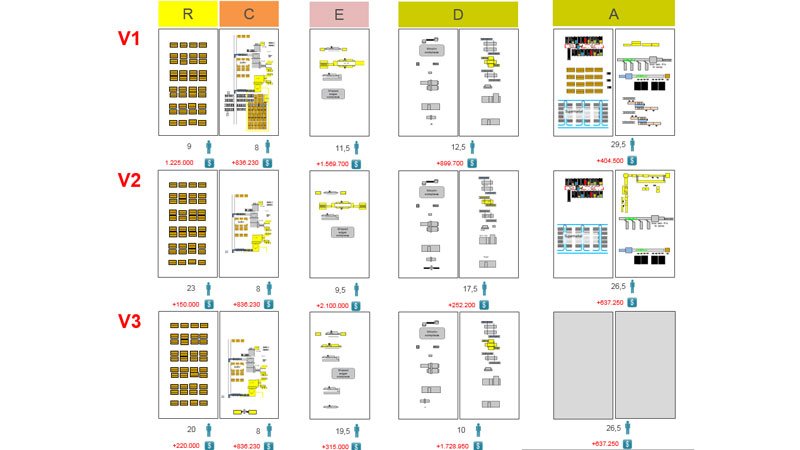 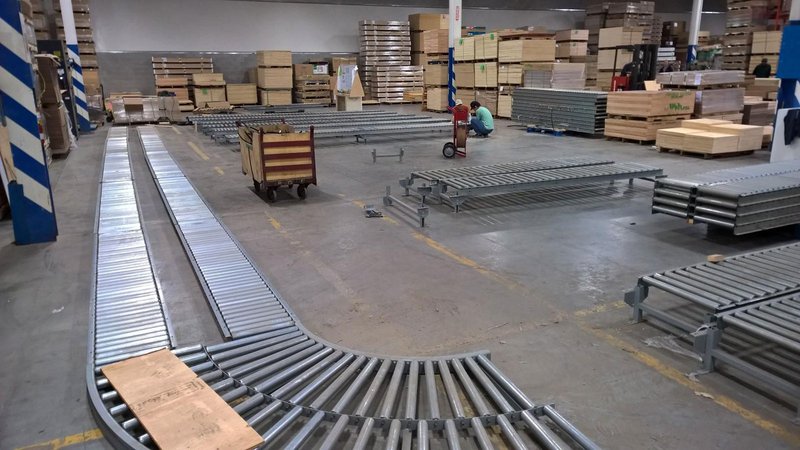 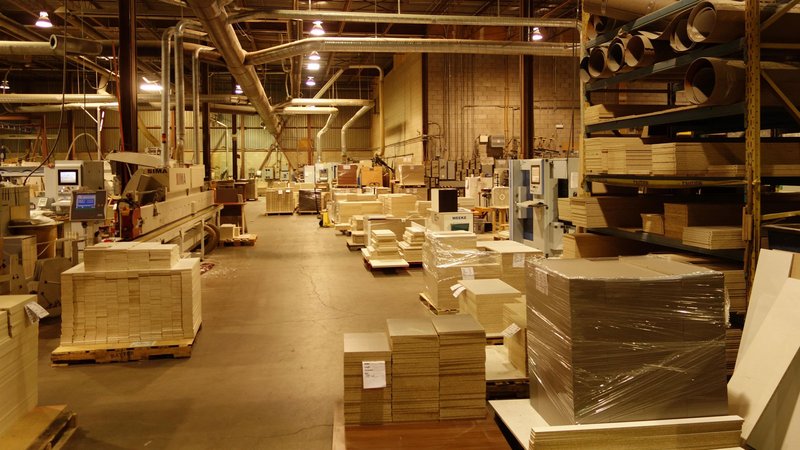 Comparison of the investments in different areas

Installation of the component supermarket in the new building.

This is how the production looked like in the old factory of Cutler.

An article from the magazine HK 01/2016. Here you can read the article.

Finally four production facilities had to be combined in a large hall. In the meantime the company produces furniture in its new building on approx. 18 000 sqm in the middle price segment. This absolutely bold investment was supported by the experts from Schuler Consulting. In the first part of the new HK series “International Furniture Production” the consultant Bastian Schulz comments the adjustments which were fine-tuned by him and his colleagues.

The Cutler Group is a dynamical company which is subdivided into three business divisions: ”Cutler fabricating and distribution“, in other words, the panel distribution and pre-cut parts for smaller factories and hardware stores.

“Cutler modern living“, the production of wardrobe systems for independent sales outlets as well as “Cutler Kitchen and Bath“, the production of kitchens and bathroom furniture. The last segment constitutes the fastest growing part of the company. Here the Canadians assume partly the design of the furniture and distribute their products over large chain stores in the United States and Canada.

Two years ago Cutler was faced with a major challenge. At this time the company was producing in three buildings, the fourth production building was occupied at a later date. For the company it was extremely difficult to coordinate the production in these buildings and to organize the transport of the various components. It became obvious that the rapid growth required a change: But which one?

Jonathan Glick, managing director of the Cutler Group, contacted Schuler Consulting. The experts launched together with the customer a project for the strategic product engineering. The objective: The establishment of one or several production locations from an economical point of view, i.e. a machine outfit directed towards the future and an efficient material flow. Required transportation and the organizational expenditure should be minimized and the manufacturing flows be optimized.

The project started with an analysis of the current state in the existing works and the product structure. The following areas were analyzed and reviewed: Buildings/architecture, assessment machine outfit, workplace engineering, operation methods, organization, material flow and quantities of parts. Cutler has a wide range of products which was a challenge for the factory design. In the first step a material flow model was developed on the basis of previous data. This showed the bottlenecks and weak spots of the existing model. The potential was assessed and solutions and measures were elaborated for the new model. In this case a solution may be an investment in hardware such as machines/equipment or a simple transformation of the process.

For the investment three different scenarios were developed as well as development stages/phases were defined over several years. Each layout scenario included several investment fields which were compared in view of cost effectiveness by means of a ROI calculation.

After the selection of the investment scenario, the elaboration of the ideal layout could be started. This is not based on a certain building but has been planned to a large degree with no restrictions. With one exception: It should be possible to place the production premises subsequently in the different buildings in case the future production has to take place in more than one building. The ideal layout allowed the calculation of the required space - including all expansion planning in order to meet the growth targets over the next years.

Based on the ideal layout and its required buildings, the Cutler team started to look for a new factory hall which was found in Vaughan, a town in the surroundings of Toronto. The rented building met most of the space requirements in order to be able to combine all the business divisions. Fortunately the production hall was relatively new and located, easily accessible, at the highway. The placement of the four production locations in one large factory has mainly logistical and organizational advantages.

The detailed planning was launched on the basis of a building ground plan. The building is slightly wider, however shorter in its length as the ideal layout. The planning necessitated only a few compromises. Material flows and layout details were adapted to the building characteristics and discussed and arranged together with Cutler.

In the following months the relocation of the machines and plants was planned and implemented. In addition the first investment stage was installed – a new angular panel cutting plant including automatic storage from Homag. Relocation in this extent should not be underestimated. Jonathan Glick looking back: “It is the worst and simultaneously the best thing I have ever done“.

Cutler mastered the relocation and the start-up of the new production.  Naturally, there were problems in the beginning at a human and technical level. The amalgamation of four production premises into one entails equally a major adaptation of the staff. Schuler supports the Cutler Group during the implementation of the layout.

The task of the implementation is the installation and launch of operating processes and systems and to support the company with experiences in the start-up of the new production as well as to enhance the efficiency of processes and plants. At Cutler the planned changes according to the new factory design project are so far-reaching that it was important to include all employees directly into the implementation process. Through open discussions with machine operators, assembly workers and further involved employees, the keys for significant efficiency enhancements in the processes were identified. Together with the management a plan of actions was developed in order to have these improvements gradually implemented. The plan and target of the implementation were shared by all employees in the training workshops.

Foundations for the Change Management have been laid by this first step of the implementation. By the relocation the company has untapped enormous potential for a continuous improvement. The project shows that it can be worthwhile to take a risk. The realization of the targeted level of growth would have been much more difficult and less sustainable without taking this step of moving in a new building. For the future the new production building opens all doors for the company. Pictures: Schuler Consulting Profile Bastian Schulz - Bastian Schulz is working for Schuler Consulting as a consultant since 2012. Cutler factory OHNE BU! - Factory previously – This is how the production looked like in the old factory of Cutler – Scenarios – Comparison of the investments in different areas – Cutler factory plan 3D layout of the factory – the most recent status of the factory design – Factory at a later time – Supermarket – Installation of the component supermarket in the new building – Factory at a later time -  Buffer - Buffer area behind the edge banding machines in the new building - NEW!FURNITURE PRODUCTION INTERNATIONAL. In the new HK series we are presenting together with the experts of Schuler Consulting concrete projects of furniture manufacturers across the globe. The start was a report on the kitchen manufacturer Cutler from Canada who in the course of the construction of a new building optimized his production processes.