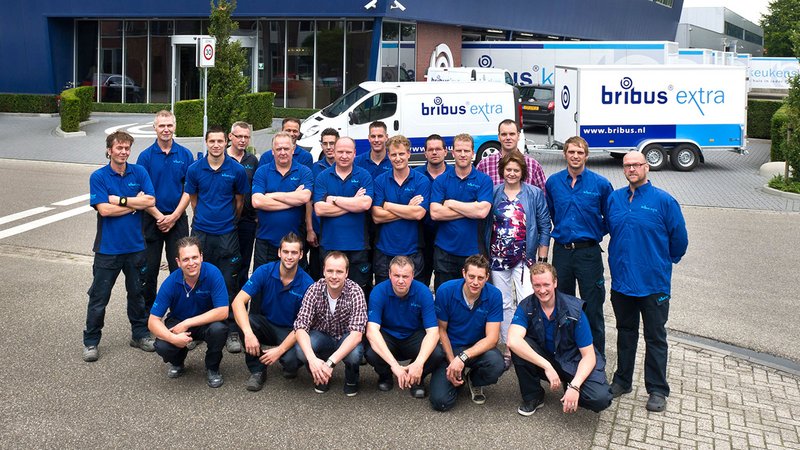 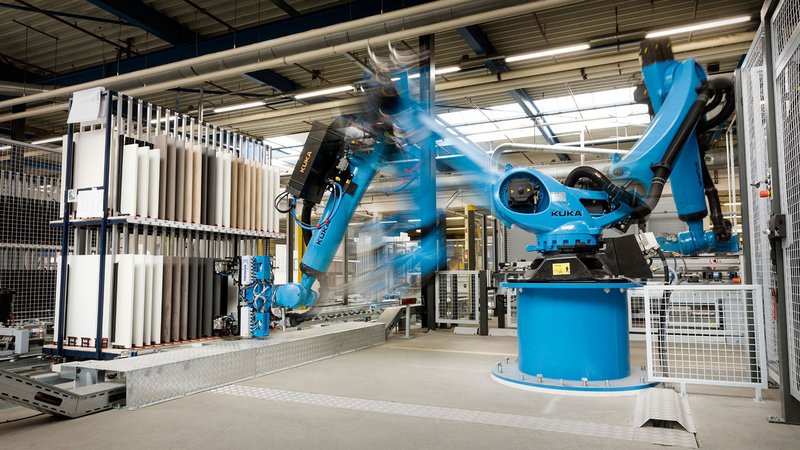 Assembly is teamwork at Bribus

Bribus Keukens is a Dutch kitchen manufacturer that currently produces around 55,000 kitchens per year on an area of around 35,000 m². Since 2018, the company has been part of the Nobia Group and thus one of the largest suppliers in Europe. To successfully master this growth course, Bribus Keukens has successfully changed several times. This involved finding a good balance between renewing existing concepts and technologies while expanding production possibilities.

When a company renews or expands its machinery, this does not usually happen for all areas at the same time. Usually such investments are approached cyclically. Manufacturers who finish or pre-assemble their furniture choose to switch the investment between the parts production area and the subsequent assembly processes. In modern companies, this investment cycle settles in at a rhythm of three to four years.
At the same time, the service life of the assembly systems in particular is very long. Some of these systems are used for up to 20 years - even in multi-shift operation. This creates a field of tension in which assembly systems must not only be efficient, but also flexible and easy to modernize. Bribus Keukens, a Dutch kitchen furniture manufacturer, is currently updating its already highly automated assembly lines. Since 1999, the company has been operating two fully automated carcase presses, which are, however, limited to some cabinet models and - compared to today's market potential - allow too low output quantities. The previous system has been modernized several times over the course of time and has been increasingly automated through the consistent use of robotics.

In the meantime, around three million cabinets per machine have been pressed on the systems, which has now made it essential to replace the systems. Due to the consistently positive experience with automation, Bribus also wants to automate the new systems and take further steps in this direction. While up to now only wall cabinets could be produced fully automatically, in the future it will also be the base cabinets. These will of course be produced on a commission basis in order to keep the subsequent sorting effort during loading as low as possible. During the concept phase of the new plant, the concept "the machine does what it does best, and so does the human" was consistently taken into account. Thus, the physically demanding movement of components will be carried out by robotics in the future. The hardware assembly that takes place beforehand will be carried out by employees, supported by devices and assisting devices such as "pick by light" and automatic screwdrivers. This keeps the system highly flexible. The robot can react to changes in the furniture construction. It can also react quickly and easily to new fittings. Bribus sticks to the previous philosophy that the process steps of drilling and fitting should be strictly separated from cabinet assembly. This philosophy combined with the robot-supported full automation at the press allows to work with highest efficiency in the assembly and to further increase the output. This does not violate the basic rule that applies in assembly: "The carcase press must be the bottleneck of the system".

A previous highly automated carcase press always had the same components due to the process: side turners, erectors for shelves as well as many servo-electrical movement elements for the various components of the cabinets. By using industrial robots with their flexible workspace, much of this can now be concentrated on the robot, so that sides, shelves, traverse bars, centre posts, rear panels, etc. only need to be transported to the machine. Everything else can be moved by robots without the extremely product-specific use of servo axes.

Bribus is now even going one step further and is integrating two robots, which will place all the parts of the future cabinet in the carcase press. At the same time, they will carry out the positioning, as well as functions such as turning and rotating the parts. Only the horizontal insertion of a part at the top pressure and the swivelling in of the rear wall through a highly precise handling element have remained.

The material entry of the parts into the assembly line for sides and bottoms is also carried out by a robot, which removes the parts from a trolley. Back panels and traversing strips are always available at the plant according to the Kanban principle. Only the centre posts have to be provided sequentially by employees in a pre-buffer. The new assembly line will enable Bribus to produce 2.6 cabinets per minute in the future on a surface area of only 350 square metres, with the system being designed to achieve an availability of well over 90 percent. This means that more than 1,000 cabinets can be produced per shift without tying employees to the machines for heavy physical work. The tension of having a future flexible system that can still be easily modernized is also taken into account by the high proportion of robotics in combination with well-trained employees. The resulting assembly concept is promising for the future for Bribus and already today serves the requirements of tomorrow.

From the office to production

Strategic road map for the further development of a company