The co-founder of the HOMAG Group, Mr. Gerhard Schuler, passed away peacefully at home on February 23, 2020, accompanied by his family. 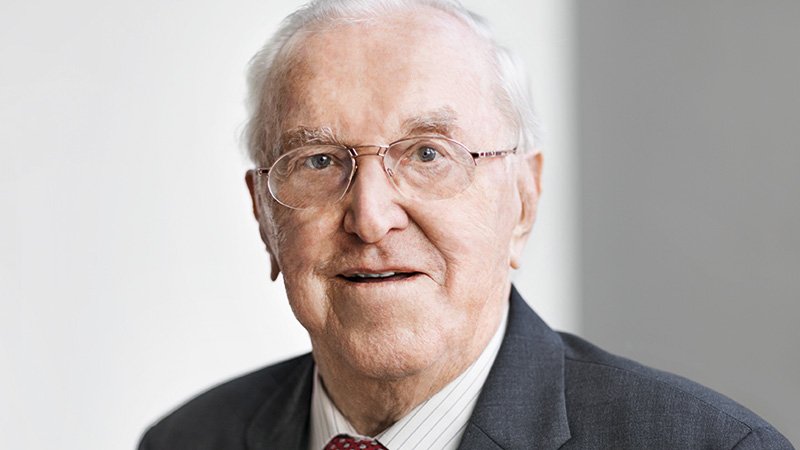 With engineering excellence and vision, the HOMAG Group succeeded in becoming the world market leader. Numerous innovations in the early years are attributable to the founders.

One of Gerhard Schuler’s most spectacular achievements was the HOMAG Group’s international expansion. Very soon Mr. Schuler’s strategic vision gave rise at an early stage to a comprehensively standardized product range, worldwide sales and service networks and the consistent extension of the service-providing functions. Under his stewardship, foreign production sites were established and numerous companies integrated into the Group – always with the objective of covering the customers’ entire value chain.

Following an apprenticeship as a carpenter, in 1952 he passed his master’s examination with distinction. Next, he completed his studies to become a wood technology engineer in Rosenheim, Bavaria. After this thorough vocational training, Gerhard Schuler successfully worked as a foreman of a furniture company in the Black Forest. At the age of 29, he became self-employed as a company consultant in the wood industry. SCHULER Consulting is a much sought-after partner to the industry across the globe to this day.

In all the years of his service to the HOMAG Group, Gerhard Schuler always paid special attention to the interests of his employees. In fact, he represented a key mainstay to them. In return for this achievement, 10 years ago the HOMAG workforce presented him with a memorial stone in HOMAG’s entrance area. He always sided with the workforce, even in difficult times. Structures in line with mutual trust and partnership and allowing the employees to participate in the company’s success were always extremely important to him and close to his heart.

This resulted in a specific corporate culture. It was important to Gerhard Schuler to develop employees into co-entrepreneurs, such as by an employee capital participation, the implementation of partnership-based leadership guidelines as well as his commitment to in-house and external vocational and advanced staff training. To him, these attributes were the recipe to corporate success and a key contribution to the company’s competitiveness.

Gerhard Schuler received numerous distinctions and awards for his huge dedication and commitment:

In Mr. Schuler, Germany and HOMAG have lost an outstanding and important entrepreneurial personality. HOMAG’s employees are extremely grateful to Mr. Schuler.