By supporting the extension of St. Justine’s School in Kidatu, HOMAG is helping secure a good school education for 200 children and orphans. 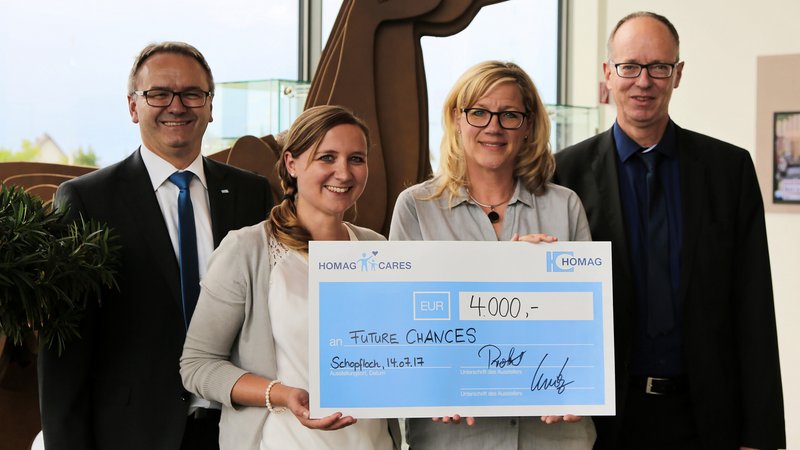 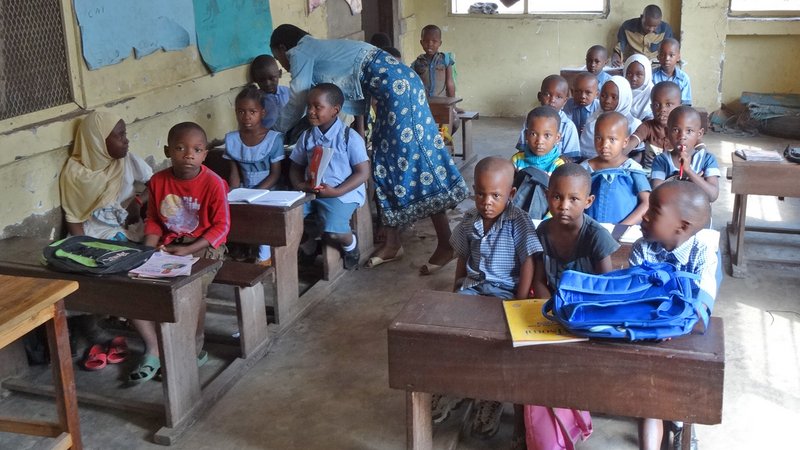 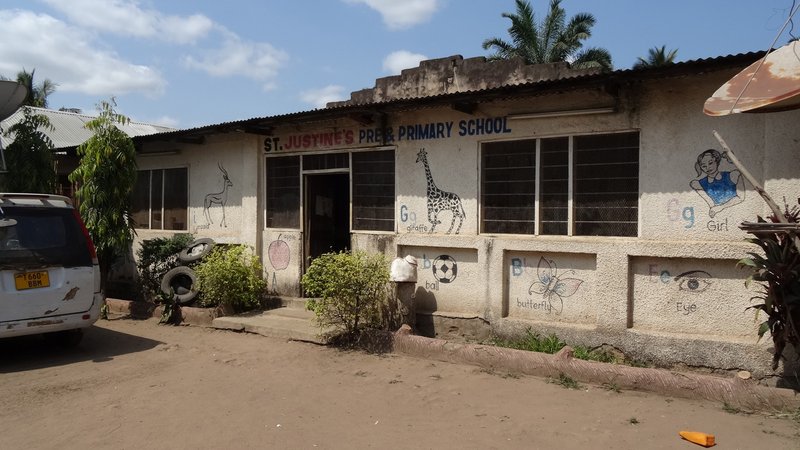 The revenue generated by the sale of HOMAG demonstration parts during the LIGNA 2017 was used once again to fund an organization which is urgently in need of help. With its HOMAG Cares initiative, the company is helping to fund a number of worthwhile projects: Trade fair visitors from around the globe are keen to snap up unusual and handy demonstration items to use in their homes – and the proceeds are used to benefit people facing challenges who are in desperate need of funding.

As part of the “HOMAG Cares” initiative, 2,000 Euros were raised at the LIGNA 2017 from the sale of demonstration parts, and this sum was match-funded by HOMAG after the fair. The total sum raised of 4,000 was donated to the organization “Future Chances – for Kids and Poor in Tanzania (ped-world e.V.)”, where HOMAG is helping fund the expansion and equipment of a school established to offer disadvantaged children a good education.

The face of the organization is Petra Bernhardt from Weil der Stadt near Böblingen. She has made it her mission to implement education projects in Tanzania: “Some years ago my attention was drawn to a school which had been primarily concerned to date with primary education: St. Justine’s School in Kidatu. This small school was founded by Tanzanian teachers to offer even the poorest children and orphans an education – an opportunity many children in Tanzania never receive, as the places offered by state-run schools are frequently insufficient.”

The small village of Kidatu is located in the Udzungwa Mountains, one of East Africa’s last remaining mountain rainforests. Around half of all the children living in the region currently have no access to education. Petra Bernhardt and her team are now extending the existing school. “The school already teaches the youngest pupils in English. This increases their chances of entering into a future career enormously. The main objective of St. Justine’s School is to reduce the deficit of school places in primary and secondary schools. Our dream has now become reality, as we have already started construction of a primary school for 200 children,” says Petra Bernhardt.

The funding from HOMAG will be used by Petra Bernhardt to put towards her next project. As soon as the primary school is completed, she plans to start on the construction of a secondary school. The HOMAG Cares donation is earmarked for the building work and the procurement of school furniture. The building projects can be followed live on www.futurechances.org. But that’s not all: anyone who feels moved to support the project can sponsor goats for poor families or donate towards the funding of a rice field. When it comes to allocating the funding, Petra Bernhardt’s primary concern is to ensure sustainability. “Before we spend money on anything, we draw up a budget and calculate everything through. The donations we receive should be used to ensure the long-term further development and independence of the village to make it self-sustaining. This is why we have launched a number of agricultural projects to cover the monthly fixed expenses of the school”, says Bernhardt.

HOMAG Cares provides the chance of an education

The donation was presented by Ulrich Schmitz, Managing Director of HOMAG GmbH. “We’re really impressed by the work of Future Chances (ped-world e.V.) and are delighted that our donation will be supporting such a vital project. There’s absolutely no doubt that every cent of what’s received is used where it’s needed most. For us, the opportunity to receive an education is practically taken for granted – for many others it is a luxury. I was in Tanzania myself recently and witnessed at first hand just how urgently support is needed in some areas. Giving people – particularly the young generation – the chance to receive an education is the key foundation stone on which to build sustainable development of the country and to combat poverty.”

Social commitment is firmly anchored in the HOMAG corporate culture. The HOMAG Cares initiative has been an established presence for many years at trade fairs and events – across the entire globe, and always with the primary objective of supporting charitable causes. The original idea was generated in 2008 in India, where over 200 items of furniture produced using HOMAG machines were donated to schools. The last donation following the HOMAG Treff in 2016 was donated to a psychosocial counseling charity for cancer sufferers in Horb and the “Choice e.V.” charity in Stuttgart.