"Help where help is needed" — that's the objective of the HOMAG Group's initiative "HOMAG Cares". At Christmas, our company management decided not to spend money on gifts for customers and business partners, instead donating EUR 20,000 to people who urgently need help. The money was used to build beds for poor families as well as an elementary school. 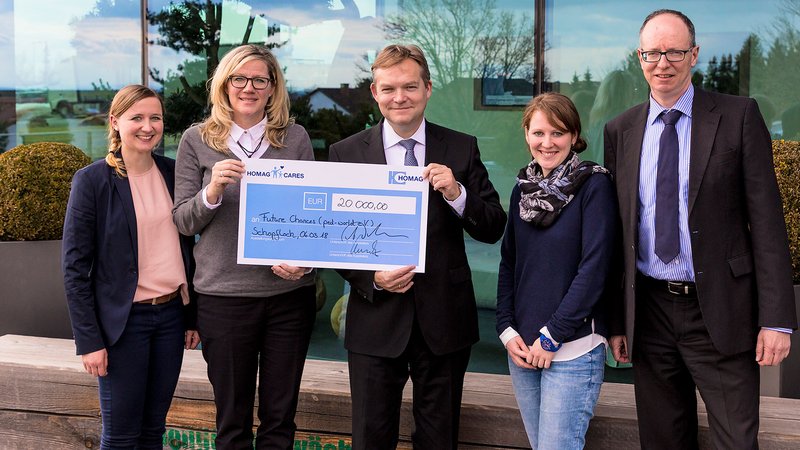 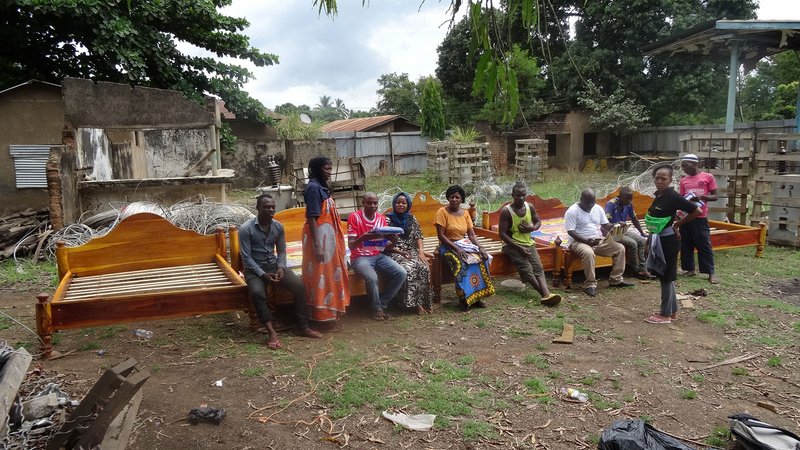 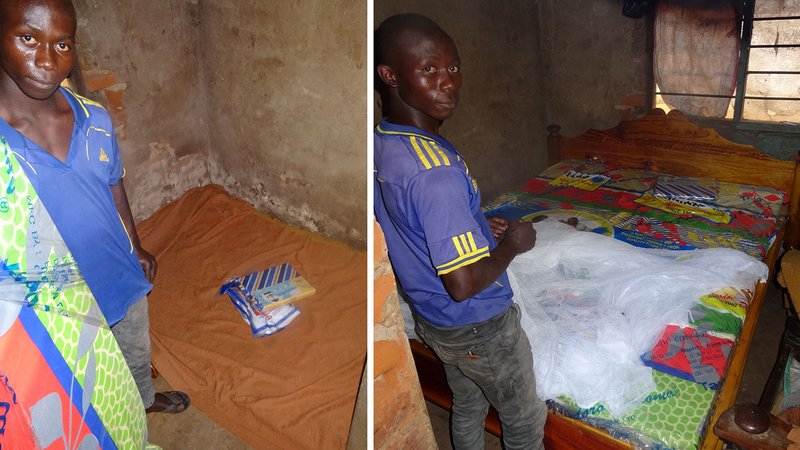 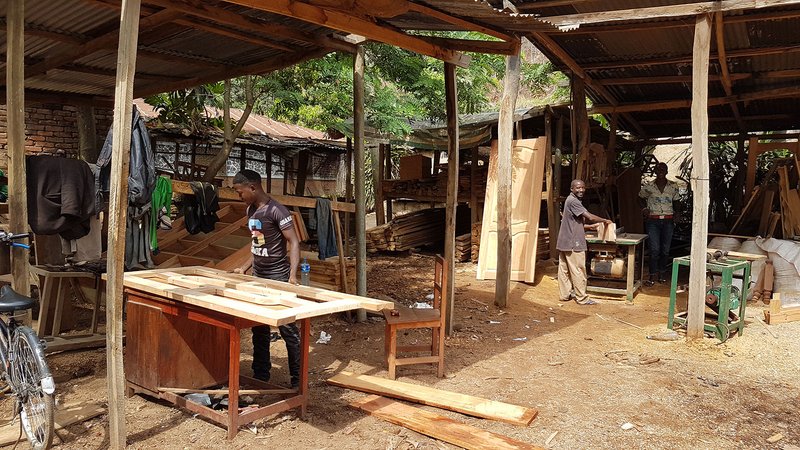 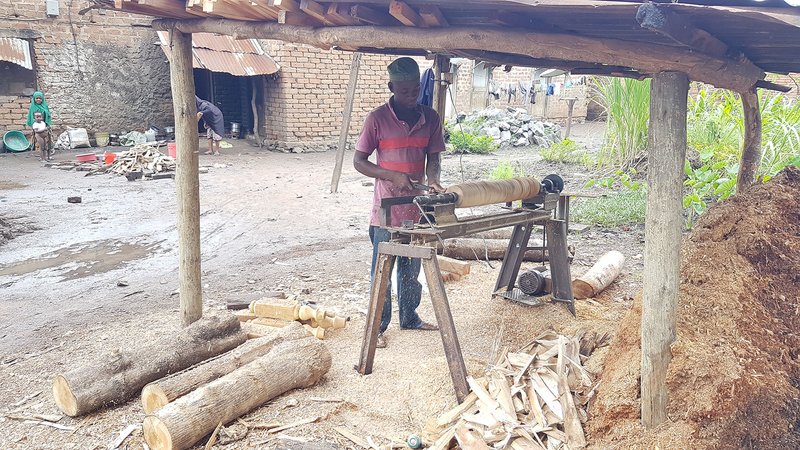 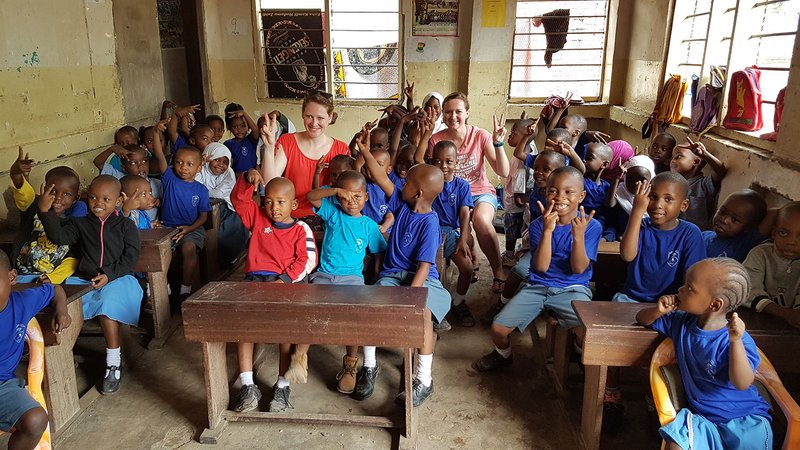 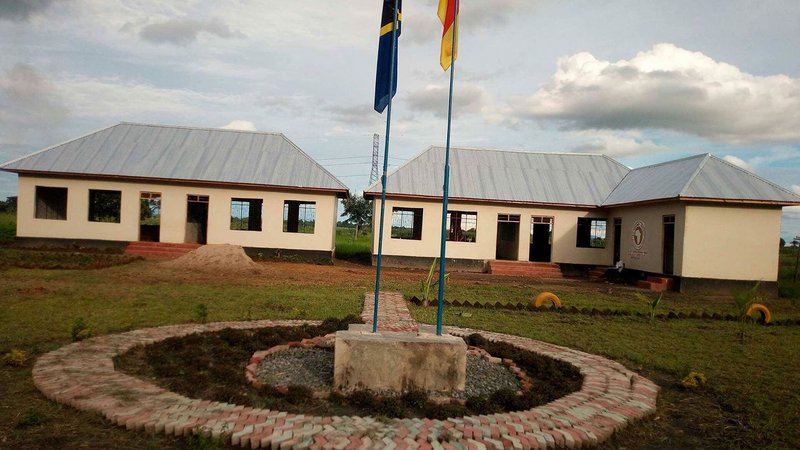 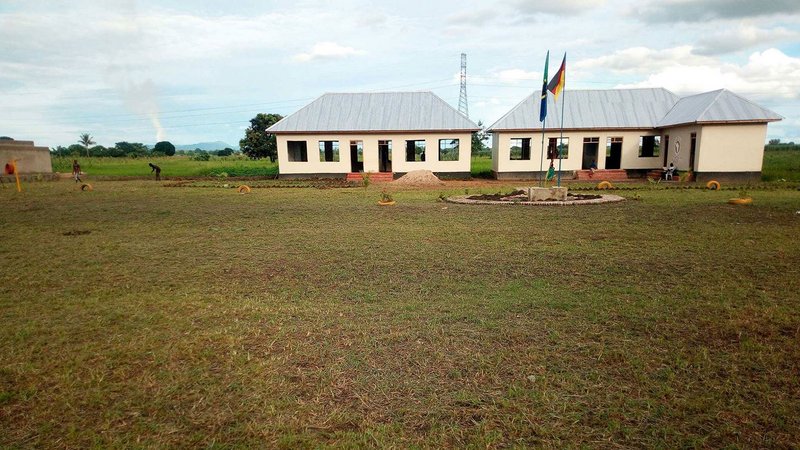 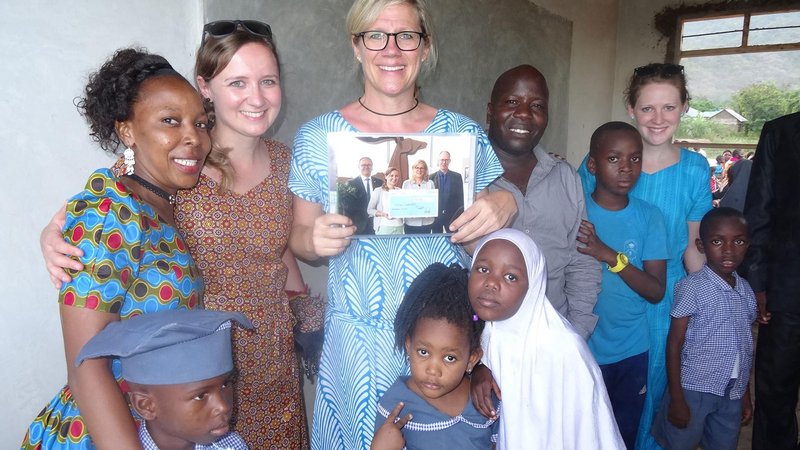 The donation was given to Future Chances in December — those involved have now met up and discussed what the money has been used for so far. In the middle: Petra Bernhardt (overall responsibility for the Future Chances project) & Andreas Denker (EvP Sales & Marketing) On the outside, from left to right: Julia Weber (PR editor), Melissa Rupp (Global Marketing), Ulrich Schmitz (HOMAG Managing Director)

Twenty beds have already been given to the poorest families in the village.

In Kidatu, a bed to sleep in is a luxury. Before receiving a donation from HOMAG, this young man and his family slept on the floor.

The local carpenter made the Beds4Poor…

…together with the wood turner.

The old kindergarten and elementary school — there are around 4000 children who should be in school, but too few school places are available

At HOMAG, everything revolves around furniture — something that is often alien to the people in Kidatu. Where as those in wealthy parts of the world think about design, surfaces, and multi-function capabilities, some people don't even have somewhere appropriate to sleep. With its Christmas donation, HOMAG wanted to change that and supply people in Tanzania with locally produced beds.
HOMAG's objective was to make a sustainable investment, which is why the company had 20 beds made by local carpenters and wood turners. The objective was to sustainably support the economy and local businesses.
All 20 beds (costing a total EUR 4000) have now been delivered to families — along with a mattress, a sheet, and a mosquito net to accompany each bed.

The village of Kidatu is located in the Udzungwa Mountains, one of the last mountain rain forests in East Africa. More than half of the children in Kidatu have no access to education and the level of poverty is high. The donation from HOMAG is being used locally by the organization "Future Chances – For Kids and Poor in Tanzania (ped-world e.V.)", which focuses on education projects and fighting poverty. The face of the organization is Petra Bernhardt from Weil der Stadt near Böblingen, Germany: "A few years ago, my attention was drawn to a school which had mainly been providing elementary education: St. Justine's School in Kidatu. This small school was founded by Tanzanian teachers to provide even the poorest children and orphans with an education. There are often not enough places available at state schools."

Using the remaining EUR 16,000 from the HOMAG Christmas donation, Petra Bernhardt expanded the existing elementary school. "The school is already teaching English to the youngest children. This greatly increases opportunities for better job prospects in the future for the students," says Bernhardt.

For Bernhardt, there is one primary focus when using donations: sustainability. "Before we actually spend any money, we create a financial plan and calculate the cost of every stage. The donations should enable the village to develop further over the long term and allow the inhabitants to become independent. That's why we've already set up some agricultural projects to ensure that the monthly fixed costs of the schools are covered," says Bernhardt.

On her last journey to Kidatu, Petra Bernhardt was accompanied by Melissa Rupp and Julia Weber, two employees from HOMAG who spent their private vacation in Tanzania and knew Bernhardt from previous years. "What we saw when we were in Kidatu really impressed us. The project is being implemented exactly where it is needed — education for the youngest children and investment in sustainable projects. Every donation is being used sensibly — that was clear to us when we were there. A lot of work and commitment goes into the projects, and Petra's commitment is really extraordinary. For us, there never was and still isn't any doubt as to whether we want to support her in her work," say her two traveling companions.