Shaping the future together

Burger Kitchens is one of the biggest kitchen producers. With the help of SCHULER Consulting, they managed to increase the productivity by over 16% in only 6 months. 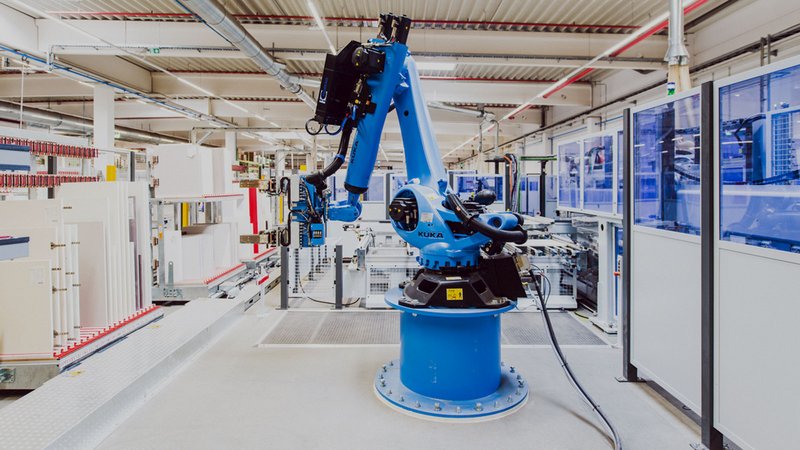 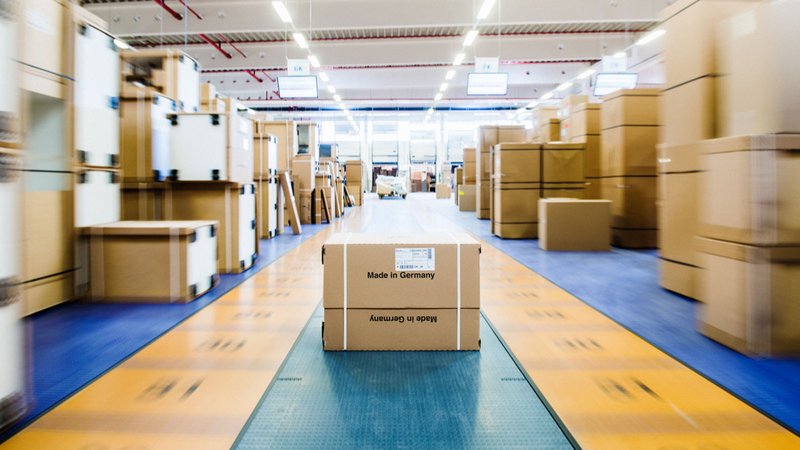 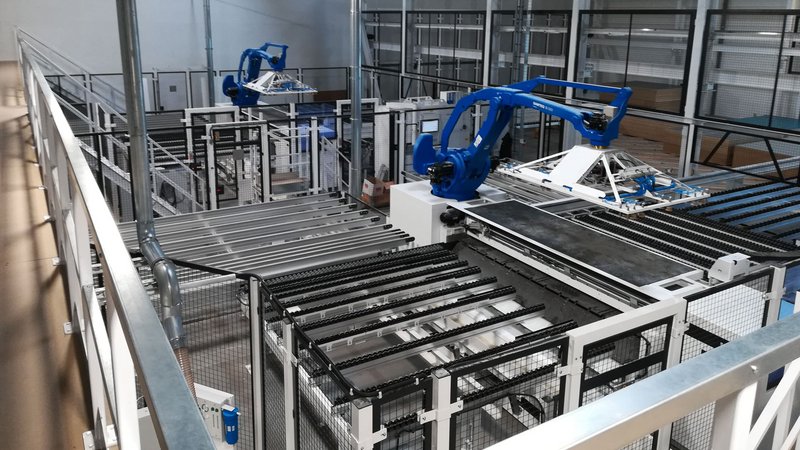 In cooperation with SCHULER Consulting Burger Kuechen has become one of the leading technology company.

With the help of SCHULER Consulting Burger Kuechen has increaced their prductivity enormously.

High quality kitchens for over 100 years

Burger Küchenmöbel GmbH can look back on a history of over 100 years. The beginnings lie in the 1910s with the handcrafted production of kitchen furniture by Otto Aßmann. In the 1950s, the company, which was based in East Germany, entered the export business - among others to the then Federal Republic of Germany, the Netherlands and the Soviet Union. With the establishment of the built-in kitchen during the years of the economic miracle, Burger also converted its production to the trend that represents the standard today. At the beginning of the 90s, the company merged with Bauformat and developed steadily.

Burger currently manufactures the "Trend" and "Linea" product lines, which are to be positioned in the high-quality basic segment and differ especially in the variance of the carcass grid, the front range and the handles offered. Customers can choose between 14 carcase decors and over 180 front models. The surfaces of the fronts are offered with laminate decors, veneer and colored lacquer. In addition to kitchen cabinets, Burger also sells integrated electrical appliances under an own brand. Sales of the product portfolio are largely handled by smaller kitchen studios in the B2C business. Occasionally, sales are also made via project business. In 2018 Burger, together with Bauformat, generated sales of 240 million euros. The production volume was around 140,000 kitchens, which were manufactured by around 1,000 employees. This corresponds to an average of 650 kitchens per day, which is equivalent to about 7,000 cabinets. Of these, 5 000 are produced at Burger in Burg (three shifts) and 2 000 at Bauformat in Löhne (one shift).

Burger is a very well organised business and has a well functioning and sophisticated logistics. The organisation is well supported by the MES. The machinery is state-of-the-art and in general there are no big "mistakes" in the production process. In recent years the processes at Burger Küchen have been consistently automated and optimized. Until a few years ago, Burger only produced 1000 parts per day on an order-related basis. In the meantime Burger now produces 8,000 fronts and carcass parts to order in flexible and highly automated production cells. The sorting process of the fronts has also been successfully automated. Burger always relies on smart individual production cells. In a robot cell, all fronts that come from different sources (JIT-supplied fronts, front storage, order-related production, etc.) are picked from the Tetris stack into the front trolleys. The great advantage of the automated process is the completeness check and the avoidance of errors during the sorting process. The saving of personnel must also be mentioned here. The front carriages are then fed to the processing centers with robot loading, where the hardware holes are drilled and the fittings are set automatically. In the near future, the transport between the cells is to be optimized with driverless transport systems.

Despite this solid foundation, the targeted capacities could not be achieved in the past. This is why the "5 000" project was launched. In this project Schuler Consulting was once again supporting Burger Küchen. In order to analyze the cause of the failure to meet the capacity goals, Burger is faced with the same obstacles as most other companies. Over the years, a kind of " corporate blindness" creeps in, which often makes it impossible to identify problems objectively from a top-down perspective, to analyze them, to interpret them correctly and finally to initiate optimization measures. The "5 000" project was designed to correct this situation. With the support of Schuler Consulting, the aim was to identify the causes of the capacity goals not being achieved and to develop a strategy for optimization.­

Small changes have a big impact

As can be expected in a well-organized business, Burger has no serious deficiencies. Rather, there are many small problems that have crept into the daily routine of the company over the years and are being dealt with over time under the slogan "It has always been like this!" The main problems are in the areas of maintenance, work organization, synchronization of production processes as well as quality and defect management. In the case of maintenance, the problem lies mainly with the "key machines". These are between five and twelve years old. The problem is less the age than the lack of preventive maintenance. This repeatedly led to unforeseeable breakdowns, which eventually disrupted production planning. In order to prevent this, measures were developed to minimize these problems. These measures include the concrete identification of maintenance deficits and the advance planning of maintenance with the use of shutdown periods. The implementation of the measures at various problem areas has already significantly increased capacity, but the path taken - the optimization of maintenance - must be consistently and continuously continued.

A further potential for optimization was discovered in the quality and remanufacturing. In the lean concept, the aim is to continuously check the quality during the production process in order to lose as little added value as possible to defective parts and thus avoid waste. At Burger, this Lean concept was consistently implemented throughout the entire logistics chain to ensure that all parts arrive at the assembly line in the right quality and at the right time without defects. A consistent classification into A/B qualities also helps to eliminate minor defects directly on site. A carcass with a defective front influences the factory's performance by a factor of two to four of the original effort. These measures have already been implemented, but need to be taken further.

The post-production process has been optimized and accelerated. A remanufacturing order is immediately created from a defective part if it is identified as a defective part and especially if it is an order-related part. This means that the errors are already detected in upstream processes and the remanufacturing orders can be completed in time for the assembly date. This enables a complete assembly without missing parts. In order to implement this procedure successfully, a defined sequence of remanufacturing is essential. Burger has defined and consistently implemented this process. Here it is important to maintain defined processes and time planning in a disciplined manner across departments. This can only be done with the necessary discipline and continuity.

By coordinating the cycle times along the final assembly lines and synchronizing the processes, the productivity could be increased significantly. Detailed capacity planning prior to the final production call-offs made it possible to react in good time to bottlenecks in certain production processes so that cycle times on the assembly lines were not negatively affected. In the automatic assembly lines, large quantities of fittings fell through the "grid" and were disposed, instead of being consistently collected and immediately returned to the cycle. These are plinth elements, drawer clips and  hinges. The resulting financial loss was in the six-digit range. To counteract this, the causes were eliminated. Defective doors and fronts represented another "black hole" for material. The quantity of doors and fronts with defects amounted to around 350 to 400 units per day. However, it is often possible to cut these defective parts "well" again in order to feed them back into the production process. The aim is to save 40 percent of the doors and fronts and thus achieve a savings potential of around 1 million euros per year.

At Burger, the omnipresent shortage of skilled workers is particularly evident in the assembly area. Attempts are being made to replace the lack of skilled workers with temporary workers, but it is not possible to build up well-established teams with unqualified workers. A project has been set up to build up qualified and well-coordinated assembly teams and to keep them in place in the long term. In this process, managers must be consistently involved in building up the teams. Presence in the production area is necessary in order to monitor, among other things, the problem of working hours and the constant flow of production. In order to create management capacities for this, administrative activities must be reduced or relinquished.

Thanks to continuous improvement in all production processes, the planned increase in productivity at Burger could even be achieved without a third shift. The successful long-term cooperation between Schuler Consulting and Burger Küchen is bearing fruit. It is good to see how Burger Küchen has developed into a technologically leading company in a very short time.

Burger produces around 140,000 kitchens a year with around 1,000 employees. Despite exemplary production technology, there were always unpredictable failures, which ultimately disrupted production planning. To prevent this, measures have been developed together with SCHULER Consulting to minimize these problems.

Being faster — A key to success for Burger Küchen

500 individual kitchens every day. The successful company from Saxony-Anhalt creates its wide variety of…