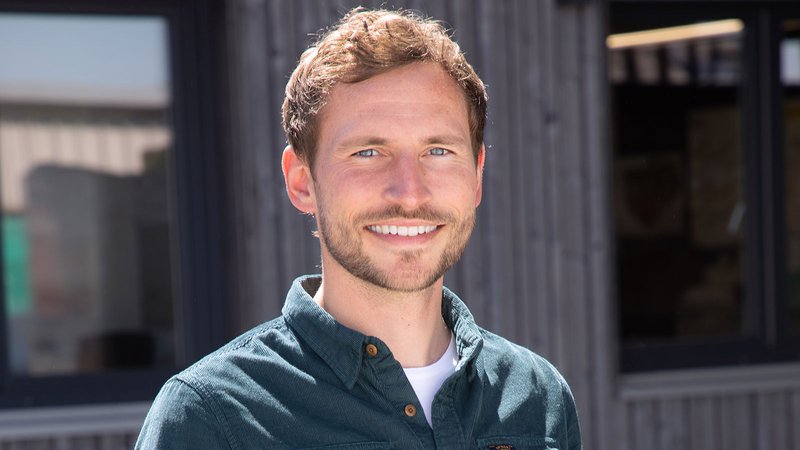 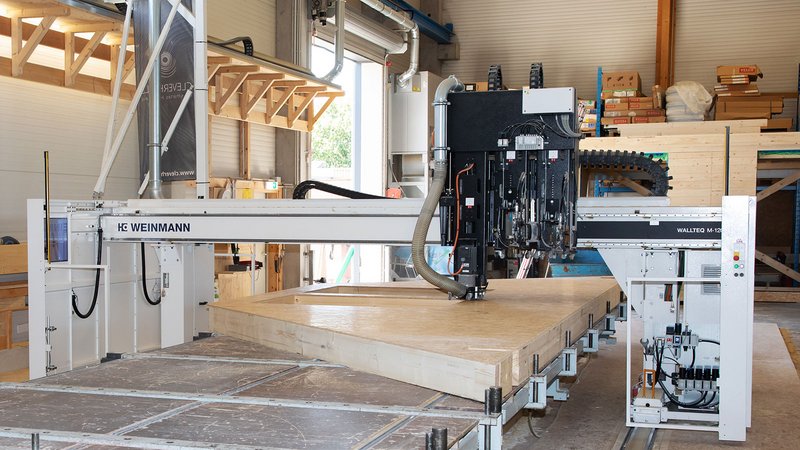 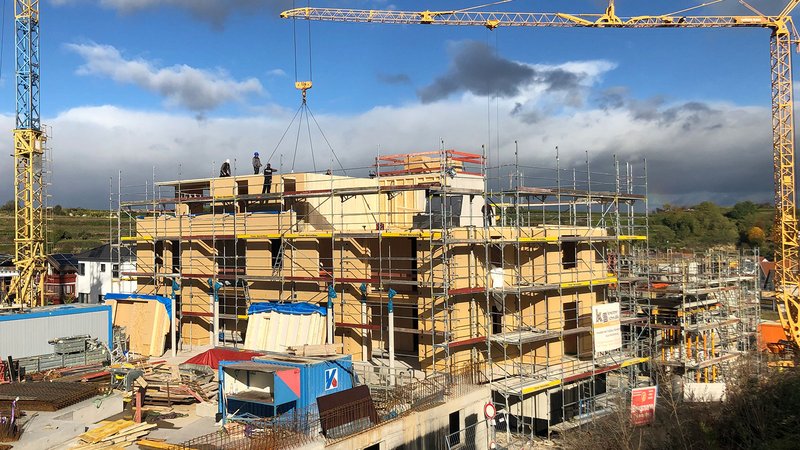 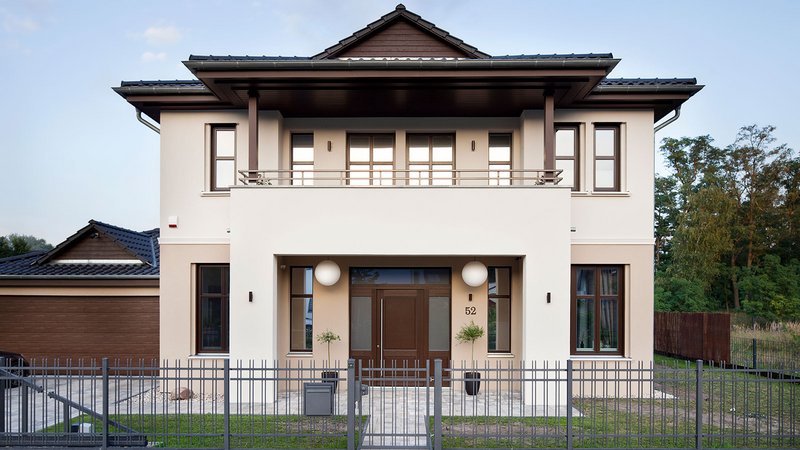 Thanks to the WEINMANN plant, the company has been able to increase its capacity and is increasingly realizing multi-story residential buildings. Image source: Kreutner & Schmälzlin Holzbau GmbH

"It was only the production line that gave us the potential to take on such large orders."

For the carpentry business, this is just the first step. Founded in 1978 in Bahlingen am Kaiserstuhl, Kreutner & Schmälzlin Holzbau GmbH currently covers a range of business areas: the company constructs detached houses, realizes large-scale projects, new roof constructions and roof renovations and adds additional stories to existing buildings on top of classic carpentry work. It also offers its products in Berlin, Brandenburg and up to the Baltic coast via a branch office founded in 1990. It manufactures wooden frame elements in Bahlingen and works with regional suppliers to obtain solid components for large projects. The main business areas in new construction and renovations are broadly balanced: while renovations remain largely consistent, at around 30 percent of projects per year, detached houses (12–16) and multi-story residential buildings (15–20 residential units) vary depending on the order situation. Production manager Jakob Schätzle explains: "These fluctuations result from the fact that we have to reduce orders for detached houses once we accept several large-scale projects. Last year, for example, we built just eight detached houses because, in addition to the smaller multi-story residential buildings, we had a large project with 2x6 residential units in the order books." This shows that the carpentry company could accept significantly more orders from a demand point of view — which is one of the reasons why it automated its production in 2020 by investing in a WEINMANN multifunction bridge.

Less can be more

Another goal for the investment was to compensate for the shortage of skilled workers in timber construction. "With the WALLTEQ M-120, we have succeeded in producing more with our existing workforce," explains Jakob Schätzle. According to the production manager's calculations, production capacity has increased by around 30 percent with automation, meaning that a larger proportion of the demand volume can now be absorbed. This was achieved at a consistently high level of component quality, which was another central reason why the company opted for automation. "With this production line, we were able to increase our high quality level even further," recalls Jakob Schätzle. "In addition, the certification process was simplified because processes such as stapling are executed and documented in industrial quality." The increase in work ergonomics was also taken into account when considering automation. "It is essential to involve employees closely in such a process from the outset. After all, it's not enough to invest in a machine: You also need someone to take that step with you and operate the machine."

At Kreutner & Schmälzlin, there are two employees on the machine. Their tasks have changed fundamentally as a result of the automation: "In the past, for example, in the case of intersections, it was often decided only at the table which panel passes through and which does not," recalls Jakob Schätzle. "At that time, even though there were precise and understandable element plans, the display options on a plan were unfortunately limited. That is why independent decisions were required at the table, and there were often also queries in the work preparation." Today, the component structure is clearly defined by the work preparation department, largely using standard details. The employees at the table act as final reviewer. This ensures a smoother transfer and minimizes sources of error. In addition, a lot of time is saved in production: "Times have increased for the work preparation, but an hour more in the office means three to four hours less at the table and at the construction site." Production is usually carried out in a one-shift operation, with the rate increasing by a second shift only for large-scale objects. It is these projects in particular that see the increase in time benefits from automation. A further advantage is the work rate increase: "With the production line, large projects can be processed much faster," explains Jakob Schätzle. "For the 2x6 residential units last year, for example, we produced 1950 m2 of wall space in around two weeks. We would have needed four to five weeks more with manual production. Such a large project would then have tied up our capacities for far too long, and we would have had to postpone or even reject smaller projects during this period. It was only the production line that gave us the potential to take on such large orders."

And why the comparatively small solution? "For us, the WALLTEQ M-120 is a pilot project that provides a gentle first step: although we were ready in the work preparation department even before the automation, thanks to the carpentry machine, we wanted to gain experience with data transfer using a small multifunction bridge with a low financial investment and develop the process until it works without hassle." Since the WALLTEQ M-120 is equally suitable for the production of wall, roof and ceiling elements, it offers the ideal conditions for this goal, enabling a very high degree of prefabrication for all components and allowing all the necessary details to be worked out. And after this? "Later on, we will probably replace the machine with a larger one or keep it and run two lines in future — one for the walls, the other for roof and ceiling elements. This means that we are flexibly positioned for future developments, and we have even already laid the necessary rails in the hall."

Kreutner & Schmälzlin Holzbau GmbH was founded in Bahlingen am Kaiserstuhl in 1978 and, in addition to constructing detached houses, is involved in large projects, new roof constructions and roof renovations and adding additional stories to existing buildings on top of classic carpentry work. The company also offers its products in Berlin, Brandenburg and all the way to the Baltic coast via a branch office founded in 1990.