The “autonomous cell” can be seen live in action in Schopfloch. It consists of two operation cells, which already work automatically. They are connected through the core of the “autonomous cell”, TRANSBOT. TRANSBOT is an automatic guided vehicle that carries out the organization of part logistics between the operating cells. Who has not seen this solution live yet, will have the opportunity in Schopfloch from 09/25 to 09/28/2018. 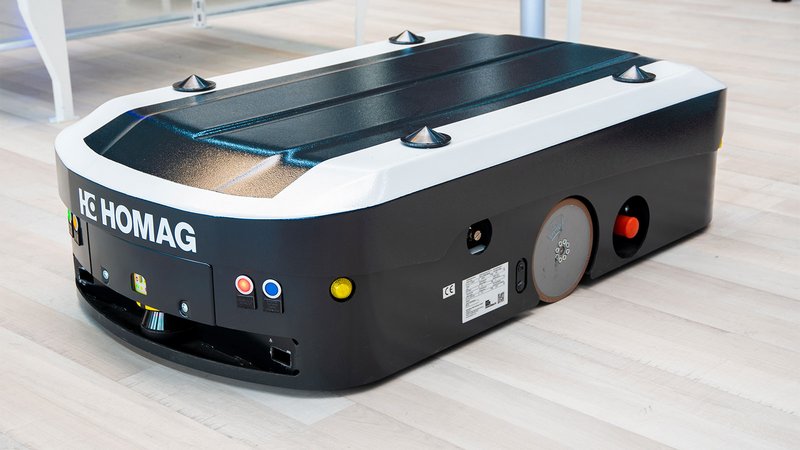 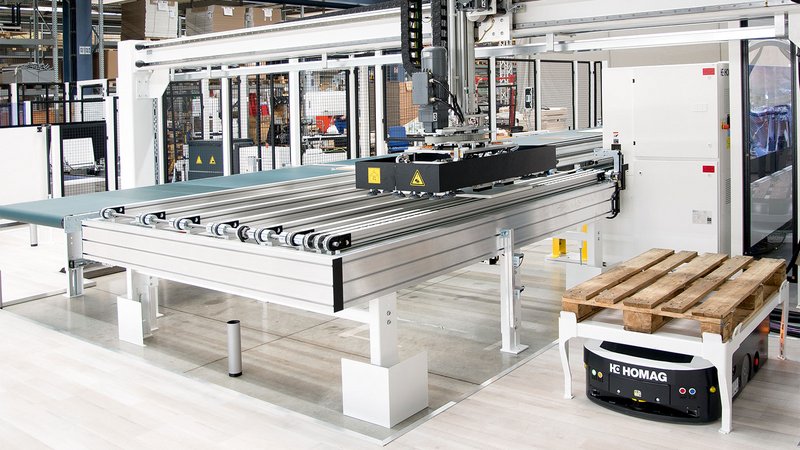 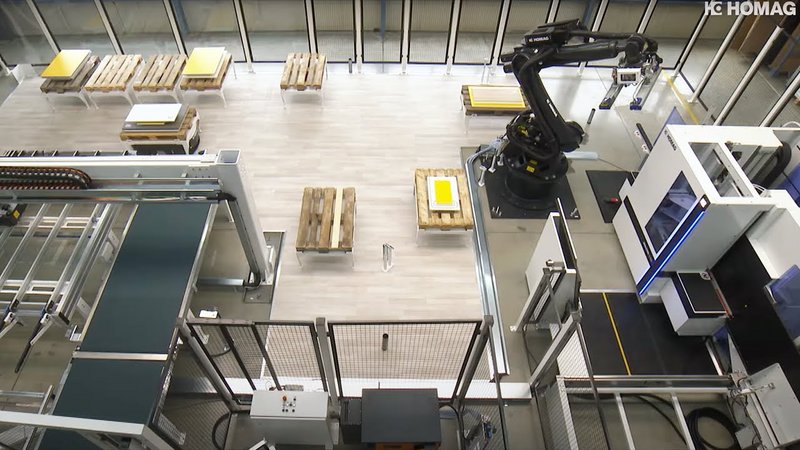 Automatic guided vehicles link operation steps in a production in a flexible and automatic way, from the manually operated stand-alone machine up to automatically producing operating centers, to an overall concept. This new kind of production shows its advantages in the handicraft sector and also in the industrial sector, from serial production up to production in batch size 1.

Advantage 1: Flexibility right from the beginning

Who wants to automate the production, comes back to fixed transport systems such as roller conveyors in the traditional linkage of stand-alone machines or individual machine systems. Here, workpieces are transported in fixed tracks between production steps. Besides the advantages that this solution offers it may also significantly disturb production process at least during the installation period, since the installation of transport tracks often require structural adjustments. In addition, once installed, the inflexible linkage does not allow posterior adaptations or these are difficult and expensive.

The TRANSBOT system, thus the automatic guided vehicles, breaks through this inflexible linkage. As the vehicles run with full freedom of motion in space in their virtual route network, they neither need rails nor floor markings. Each TRANSBOT orientates itself at fix room conditions such as pillars, machines or walls. Compared to traditional linkage solutions, the TRANSBOT system can not only be implemented in a cheaper way but even uncomplicated. An adaption to changed production program or operating sequences can also easily be realized.

The positions of the stand-alone machines or machine systems play a subordinate role in this process. The routes of the TRANSBOT can be fixed according to customers wishes and production spectrum and be changed without much effort in case of need. This applies also to the positioning of buffering, feeding, and stacking positions. If the production process or the range changes, or if the machinery will be extended, the TRANSBOT system may be adapted to the new conditions in a few steps.

The use of TRANSBOT allows an ideal use of the available production space and, at the same time, to align the production flow individually and in an optimal way to the requirements on site. They are generally able to transport material to each machine, cell and manual workplaces. That’s what makes the TRANSBOT flexible right from the beginning.

TRANSBOT are controlled by a higher-level ControllerMES in conjunction with a cell control.

While ControllerMES communicates with the different operating machines in production to transmit orders and specific production parameters, the cell control determines the transport sequence for the orders and transmits it to the fleet manager that coordinates the vehicles.  The system responds automatically to changes in production process due to the close network. If structural modifications are planned to extend the production space or a new positioning or additional operating machines, it is possible to correct the material flow through simple software adaptations, carried out by the HOMAG Service.

The energy management is also handled by the fleet manager. The loading capacity of each vehicle is permanently transmitted to the system and the TRANSBOT, whose battery level has fallen short of a certain threshold value is automatically guided to an inductive charging station. In this charging station, the TRANSBOT is charged without contact until its battery power has reached the necessary level. In multi shift operation, the fleet manager provides for alternate charging of the TRANSBOT. Thus, downtimes are avoided and orders distributed to all TRANSBOT.

In opposite to traditional transport solutions, routes of TRANSBOT in the production plant do not need to be blocked off separately. Each TRANSBOT notices also persons and objects in its current route due to the laser scanner, installed for its navigation. In doing so, TRANSBOT distinguishes between 3 safety areas that are configured in advance.

Another important safety criterion is the size of the loading. Currently, up to 4 different types of loadings (goods carriers) are identified at TRANSBOT via sensors. The safety areas are designed for the respective production spectrum.

So, the system always “knows”, which loading is transported, what maximum size it may have and which safety criteria have to be observed per transport order.

More flexibility for the material flow

TRANSBOT — the dawn of a new production philosophy

Furniture that is precise down to the millimeter, and an individual flair to every detail: deinSchrank.de…