Windows play an important role in a building and take on many tasks. HOMAG offers a flexible solution for manufacturing windows in the shape of the MOULDTEQ M-300. 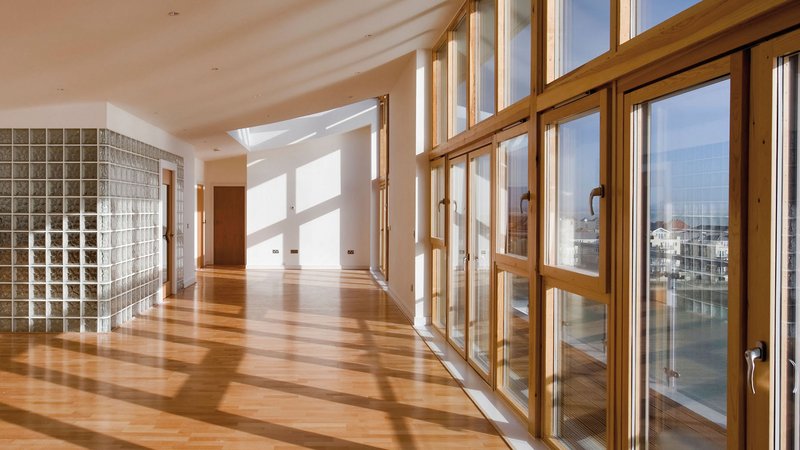 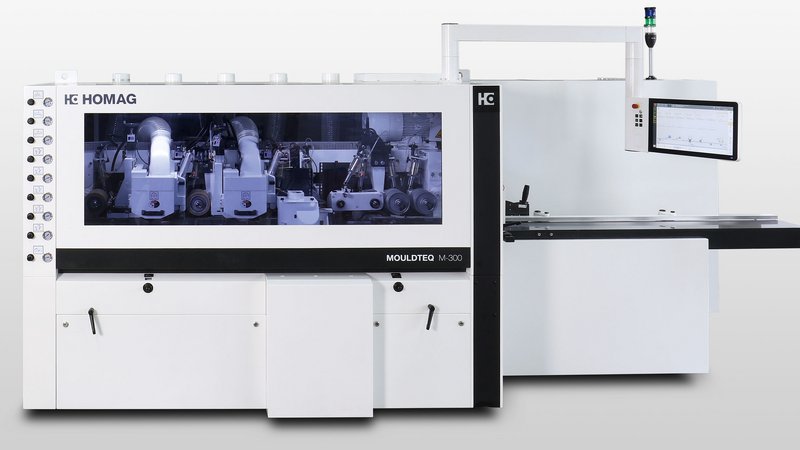 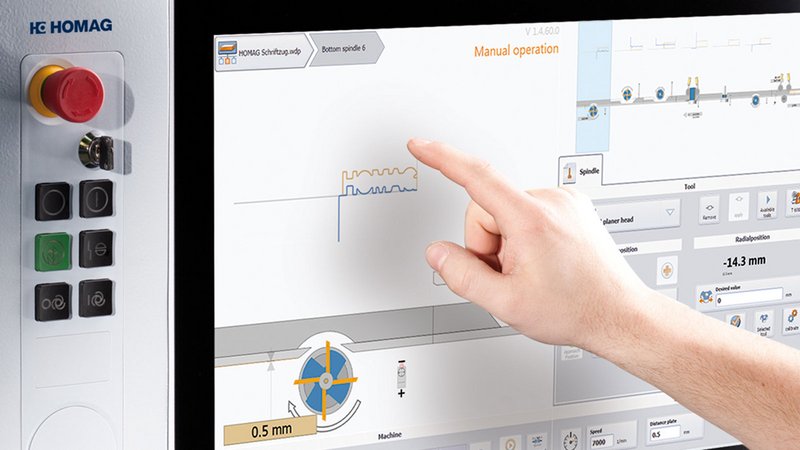 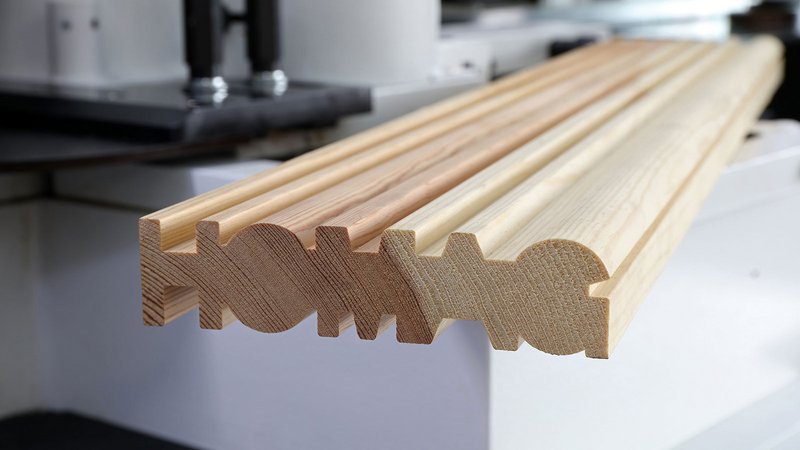 Simple visualization of the profiles to be processed using the powerTouch control system using the example of the HOMAG logo.

Profile produced alongside the predefined contours in "ProfileCenter"

Windows mark the separation between the inside of a building and the outside. In addition to providing ventilation, they perform a number of functions that can be grouped under protection from heat, cold, noise and burglary, not to mention bringing light into the building. Energy-saving regulations, customer requirements and the latest trends in house construction have a great influence on window production — an influence that will continue to grow in the future. A versatile machine pool is therefore essential for businesses operating in this sector. For this reason, HOMAG, based in Schopfloch, Germany, has developed the MOULDTEQ M-300 planing machine.

The system is available with different levels of equipment, ranging from five to nine spindles. It also has a variable feed. The machine is easy to operate thanks to the powerTouch control system, which, with functions such as swipe and zoom, is very reminiscent of a smartphone. The spindles of the MOULDTEQ are each powered by a separate motor, which ensures an ideal transmission of power to the workpiece. If a tool change is required, the machine is quick to set up thanks to the ProLock spindle clamp. The solid cast iron frame of the machine has a low level of vibration, which guarantees optimum processing results.

HOMAG has configured a new MOULDTEQ version with six spindles specially for window and strip manufacturers. This version has a variable feed and an adjustable spindle speed, allowing sides that are not visible to be moved at low speeds. The dimensional accuracy remains constant, the service life of the tools is increased and energy consumption is reduced. Just as it did with the intuitive control system of the ProLock spindle clamp, HOMAG has also developed a straightforward profile selection process for the control system of this machine. Thanks to profile visualization in "ProfileCenter," the user is able to immediately identify the correct end profile, which is shown in full in the display. This both allows the user to save time when setting up the machine and enables the control system to warn the user of any possible collisions with feed rollers or pressure elements. HOMAG knows that this can have huge benefits, particularly for window processing. Ultimately, the smallest possible profiles, such as glass fixing rails, and components with large dimensions, such as scantlings for large glass elements, have to be produced on one and the same machine.

The planing machine for window production has six spindles, each powered by a 7.5 kW motor. The cleaning spindle is controlled by a motor radially, with the other four spindles before the cleaning spindle also being controlled by a motor axially. The MOULDTEQ for window production is equipped with the intuitive powerTouch user interface that features machine, tool and process visualization. The system is supplied with hard chromium-plated table surfaces. The powerful feed with a narrow roller division achieves speeds of up to 24 m/min. The planing machine also has pneumatically damped pressure elements from above and—as a special highlight—automatic glass fixing rail cutting.

HOMAG also offers an optional material return that enables continuous single-person production with an output of more than 12 windows per hour. On request, HOMAG can also provide outfeed automation with optimal sorting into existing transport carriages. The MOULDTEQ can be used, for example, to produce window systems IV 86 to IV 92 with or without glass fixing rail cutting. The width of the glass fixing rails ranges from 21 to 35 mm and the Vienna glazing bar is available in thicknesses of 12 mm and 15 mm. A stop rail and a cover strip with an angle of 90° or 70° can also be produced.