The "Autonomous Cell" from HOMAG did not fit into any of the existing categories in the selection of the winners at the XIA Innovation Awards 2018 — nevertheless, the jury was sure that this innovation from HOMAG deserved a prize. The solution: XYLEXPO awarded the cell an extraordinary prize, a "Special Mention by the Jury." 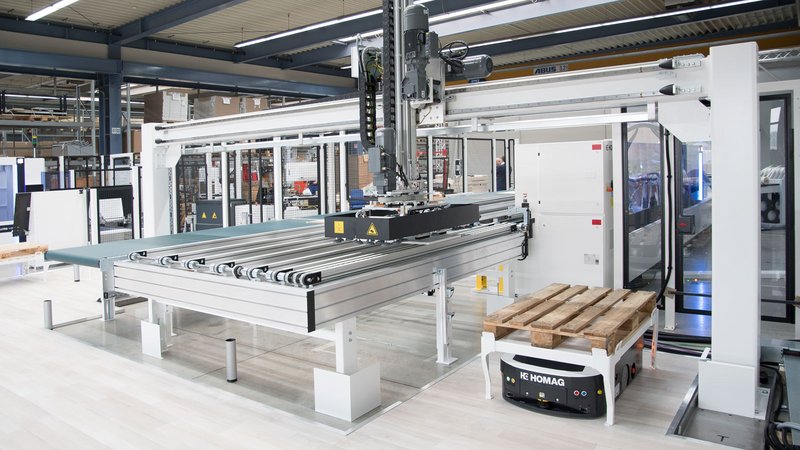 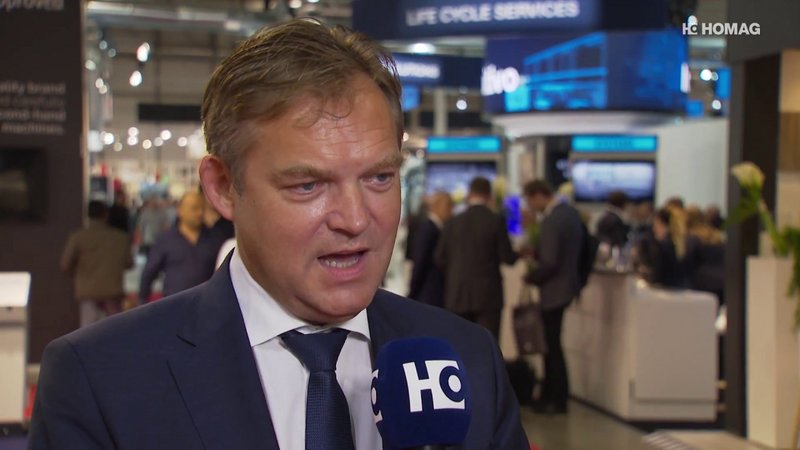 Never seen before at the XIA Innovation Awards: Acimall creates a prize that has never been awarded before. The proud winner is HOMAG.

Video: HOMAG at XYLEXPO 2018: On the way to the Smart Factory with the new HOMAG machine generation

Video: Design meets digital in Milan: That’s what the visitors of XYLEXPO say!

Previously, the Italian association Acimall (for manufacturers of wood processing machines and tools) gave awards at the XIA Innovation Awards in Milan in the categories "Primary and solid wood processing," "Panel processing," "Tools," and "Surface processing". However, due to the networked concept in which various components perform different work steps on the workpieces totally automatically, the "Autonomous Cell" from HOMAG could not be assigned to any of the existing categories. It was clear that the concept should nevertheless receive an award, and so the jury quickly created an extraordinary prize. Andreas Denker, EVP Global Sales & Marketing HOMAG, was particularly happy about the XIA Innovation Award with "Special Mention by the Jury: "I'm delighted that with this special award, the jury has created a new dimension for valuing the power of innovation in the industry. We are proud to be the first and only recipient — this shows our lead against the competition in Industry 4.0, the important topic for the future."

The new workshop concept that HOMAG demonstrated at XYLEXPO works fully autonomously. The workshop consisted of two cells that are already fully automated and interlinked. These two cells were connected by an autonomous helper: an automated guided vehicle (TRANSBOT) which organizes all of the parts logistics tasks between the cells, making this workshop concept the first "Autonomous Cell" in the woodworking industry.
The "Autonomous Cell" can make full use of its flexibility both in skilled crafts and in industry, in series and in batch size 1 production, and opens up previously unknown possibilities in the future of manufacturing for small and medium-sized companies.

HOMAG at XYLEXPO: More automation than ever before

In May, the eyes of the world were on Italy. The XYLEXPO trade fair welcomed around 17,780 visitors from around the world — 2.1% more than two years ago.
HOMAG was very happy with the quality of the visitors and with the number of visitors from Italy. Italy remains a core market in the furniture industry for HOMAG, and at XYLEXPO, further positive development in the Italian market was noticeable. HOMAG rates the incoming orders and the number of qualified trade fair contacts as very positive.
The feedback from visitors to the stand was also positive — with the solutions it presented, HOMAG really hit the mark this year. Solutions around automation and networking caused quite a sensation. In fact, in Milan, HOMAG presented more automation solutions than had ever been presented on a trade fair stand of this size.

XYLEXPO: "Design meets digital": On the way to the Smart Factory with the new machine generation