Chilean company inaugurates first factory of prefabricated houses and wooden buildings with a sales projection of US$ 25 million. 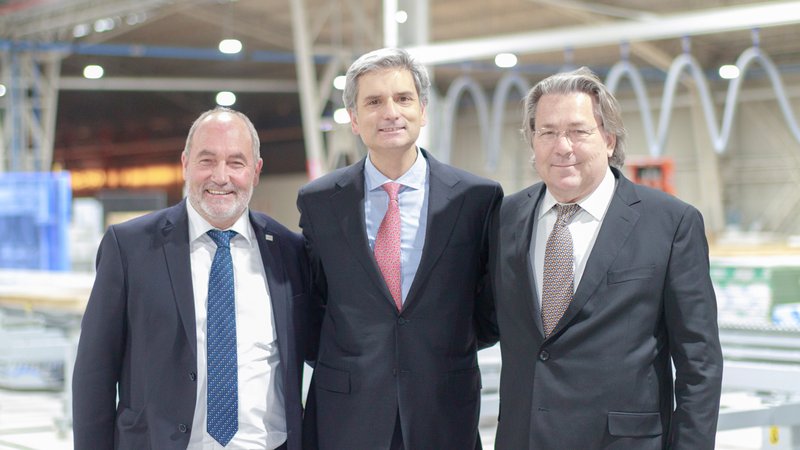 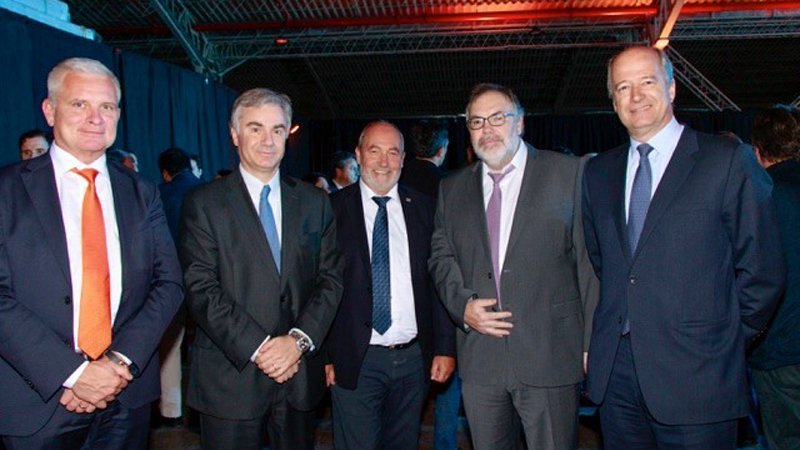 The Chilean company E2E is a joint venture between Arauco and the Belgian company Etex. Its factory, which has been operating since February 2019 in Santiago - Chile, has the capacity to build 1,000 living units per year – between prefabricated houses and timber buildings.
The US$25 million sales projection in the coming 3 years counts on a US$15 million investment plan, of which US$ 6 million was invested in the WEINMANN machine production plant – a company of the HOMAG Group and world leader in complete solutions for prefabricated wood construction.
With only 6 months of operating production the company celebrates the construction of 400 two-story houses in Casablanca and the development of two 4-story buildings in Concepción, Chile.
According to Felipe Montes, general manager of E2E, the factory has a construction pace of 16 houses a week and, within the next few days, they will start the assembly of 4-story buildings with 16 apartments of 50 m² each.
The general manager also points out that with the high-end production technologies they reduced the delivery time from 12 to 8 months. In addition to saving time and increasing productivity, they are also generating less waste, since almost all construction is done at the factory, which reduces the volume of waste during the building.
Due to the high demand for housing in Chile and the need to provide it in the short term, Montes reveals that they are already studying a factory expansion and installing a second line, but this is not yet considered a short term project. He also revealed that they are interested in participating in a project by Serviu (Housing and Urbanization Service) of the O'Higgins Region to build the first 6-story wooden building.  “It would be the tallest wooden building”, he says
Although the expansion plan is concentrated in Chile, Montes reveals that in the future they intend to break into other markets in the region. “As we started from two global companies, we have a global and Latin American vision. All countries are in need of housing, and especially of this kind, environmentally friendly and industrialized. And because wood is renewable, it is being seen as the material of the future in construction,” he adds.
The manager also points out that in Latin America the wood construction market is still small. In Chile, it covers only 15%, a number they intend to double by 2020. This percentage is even lower in other neighbor countries. “This all is a market of the future. At this moment it is very low, but it has already been realized that wood will be the solution of the future construction”, he says.
In order to accomplish this ambitious project, E2E could relied on a HOMAG Group team of specialists. Jorge Panjkovich, director of Limaq, the sales representative of the HOMAG Group with a strong presence in Chile and Argentina for almost 20 years; HOMAG's general sales manager for Latin America, Mr. Eduardo Bezares, together with WEINMANN specialists, Mr. Tobias and Hansbert Ott formed a technical team, which worked alongside E2E professionals to develop the complete solution to meet the demands, business and aspirations.

“Our customers count on our many years of experience and personalized treatment which characterizes us. The concern for delivering the best attention to our clients has made Limaq a key company for those interested in wood processing.”
Jorge Panjkovich, (Managing Director of Limaq)

“We believe in wood construction, we believe in the material and industrialization of the way of building, this project with E2E shows how it is possible to achieve excellence and sustainability together."
Eduardo Bezares (Sales Manager for Latin América, Homag São Paulo)

“The technology for the prefabrication of single family homes and multi-story buildings will be a revolution in the building industry in Chile. It offers a high flexibility and quality as well as a continuously production. With this industrial process timber constructions can be fabricated high-efficiently. This will be the answer for the huge demand of affordable living space all over the world.”
Hansbert Ott (Managing Director of WEINMANN)