For nearly 50 years, Peter Hay Kitchens has been at the forefront of the New Zealand kitchen manufacturing industry. Now Peter Hay is investing in three new HOMAG machines. 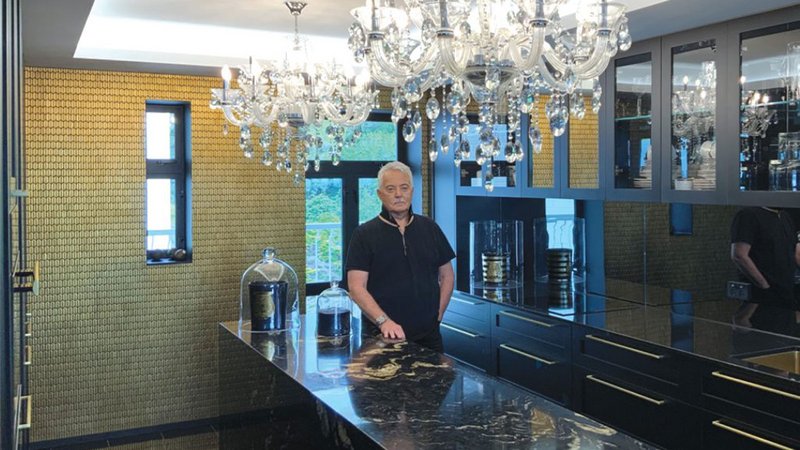 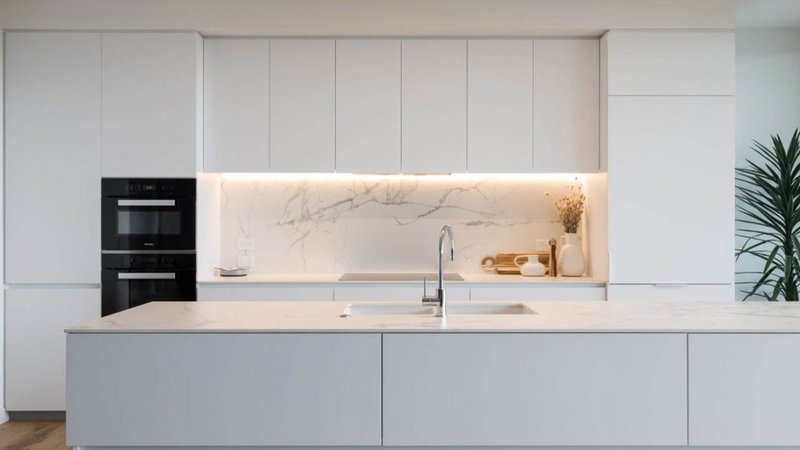 Founded in 1973 in the heart of Auckland. Peter Hay Kitchens is one of oldest and best-know kitchens brands in New Zealand.

„We believe what we are doing is the right thing for this business, that’s why we bought not one, not two but three of the latest in edgebanding production line machines.”

In forty eight years of operation Peter Hay Kitchens have always been at the forefront of the New Zealand kitchen manufacturing industry in the development of new processes and the use of technology. The recent purchase of three edgebanding lines from German machinery supplier HOMAG Group including the latest airTec technology has continued that tradition, keeping the company in touch with the marketplace and more importantly, expanding on their journey of creating the most advanced Batch One processing line for cabinet production, a process that started back in 2015. Bob Nordgren from JOINERS Magazine spoke with founder and owner Peter Hay and his Sales and Marketing Manager Karl O’Hanlon about this next step in the journey and what these edgebanding lines mean for Peter Hay Kitchens.

The right thing for this business

“The nature of the kitchen business has changed. We saw that back five years ago when we went through a major change in production theory: the move to Batch One production which enables us to effect large volume manufacturing of a one off product thereby meeting the emerging demand for customization but at an economic cost.” says Peter. “The move to HOMAG Group with the three new edgebanding processing lines is a significant next step: it allows us to keep pace, but more importantly expand on our 4.0 project which we see as market leading.” explains Peter. “We have invested a lot over the last few years but we have achieved a lot as well. We believe what we are doing is the right thing for this business, that’s why we bought not one, not two but three of the latest in edgebanding production line machines.”

The attitude and approach to this business is impressive as Peter comments “At Peter Hay Kitchens we have a great group of people developing and deploying this pathway forward. We all understand kitchens, where they are heading and how we fit into that. Technology, automation and software play an important role in that while the move to HOMAG Group brought synergy through not only factory processing but a strong connection through the integration of the Imos software that runs the design and production planning as well.”

Up to a thousand kitchens a month

One of that team is Karl O’Hanlon, Sales and Marketing Manager. Peter Hay Kitchens is the biggest business of its kind here in New Zealand. Operating from their 10,000 square metre site in the Auckland suburb of Manukau it produces up to a thousand kitchens a month. Karl comments “We have always struggled for benchmarking ideas and theories here in New Zealand as the scale of the business sets it apart a little. Because of this we have often looked overseas however I believe where we are now is truly world class.” Peter adds “It’s amazing how far we have come , but also where we are heading. It really is exciting and its that excitement that pushes the team and provides them unique opportunities to work on pathways forward which are not always possible in a lot of businesses. The funny thing was, when we sat down and finally made the purchase decision, it was those things that stood out with HOMAG Group as well.”

The objective has been to network the entire production process from board to finished product, to make it a more efficient, successful business. “HOMAG Group, in addressing the production issues we faced were genuinely interested in getting the process right: they bought new ideas to the table. This is these days an ‘intelligent” business where the efficiencies and gains made from automation for example are balanced against the realities of running a business of real size.” comments Karl. This next step for Peter Hay Kitchens begins with the arrival and installation of the three edgebanding lines in the coming months. We will check on progress in a later issue.

Founded in 1973 in the heart of Auckland, Peter Hay Kitchens Ltd is one of oldest and best-known kitchen brands in New Zealand. From 1973 to now, the company has followed the vision of founder, Peter Hay, who set out to adapt the European design model and apply it to New Zealand.

Quality in every detail — high-quality interior fittings from Civardi Furniture

Design and quality are decisive at Civardi Furniture. One more reason for the Australian furniture…